Ukraine war: Russia plans an attack on February 24, according to Ukraine’s defense minister.

Nigeria Election 2023: Who Are The Presidential Candidates? | 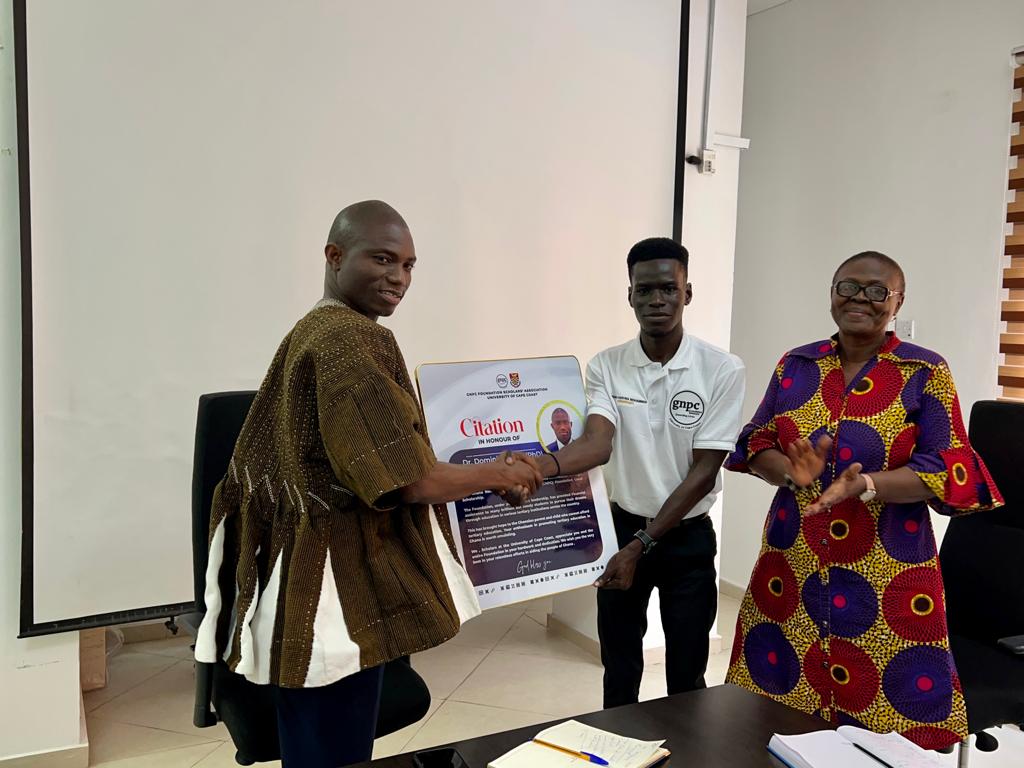 Friday, 20.01.23 – Ghana National Petroleum Corporation (GNPC) scholarship beneficiaries at the University of Cape Coast, on a courtesy visit to the Foundation’s offices in Takoradi, have lauded GNPC’s educational support to brilliant but needy Ghanaian students.

Leading a delegation from the students’ body in a meeting with the Executive Director, Dr. Dominic Eduah, the President of group, Tebson Haruna Mohammed, said the group’s decision to visit the Foundation is premised on their appreciation of their unique position as scholars of GNPC which has made each of them an Ambassador of the Corporation.

“Our mission here is to show appreciation to our benefactor and to assure you that we are worthy holders of this privilege. Your investment in us, will not go waste,” he said.

He intimated that though the Foundation’s works is made manifest in several areas towards Ghana’s development, the vision to impact on the lives of Ghanaians is most profoundly felt through the investments being made in Ghanaian students and in educational infrastructure.

The group also highlighted their plans for the academic year as part of their mandate to champion a Corporate Social Responsibility (CSR) agenda as scholars and sought areas of partnership and assistance.

The Executive Director, on his part, expressed delight in the scholars’ aptitude and vision, and tasked them to not rest on their oars in their respective academic journeys. He reminded them that GNPC has embarked on a journey to help build the human capacity base of Ghana using their investments in education as a tool to facilitating this.

“I applaud your enthusiasm to be socially responsible; Identifying social challenges and choosing to intervene in your own way – a clear testament of how much the Foundation’s vision rubs on you,” he added.

The scholars used the opportunity to present a citation to the Executive Director for his contribution towards the welfare of the Ghanaian student. Dr. Eduah thanked them for the recognition and in turn dedicated the Award to the leadership of the Corporation – both former and current.

Also present at the meeting from GNPC was the Head of the Education & Training Unit of the Foundation, Dr. Caroline Aggrey-Fynn along with some members of her Unit. The scholars also had in attendance the General Secretary, Victoria Acheampong, the PRO, Emmanuel Amoateng and the Organizer, Ebenezer Dadzie-Mensah.

Duncs Consult to hold ‘The Customer Experience Scale Up Seminar 2023’ on Feb. 11

Ukraine war: Russia plans an attack on February 24, according to Ukraine’s defense minister.

Nigeria Election 2023: Who Are The Presidential Candidates? |