Office of the Registrar of Companies To Delete 513,338 Lapsed Businesses Names From Register | 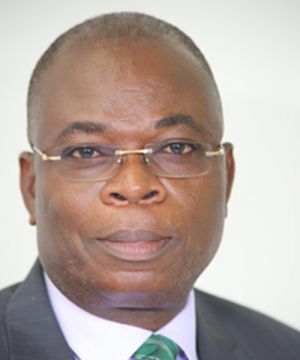 The Public Accounts Committee (PAC) has referred the Registrar General’s Department to the Attorney-General (A-G) for prosecution for breach of procurement process.

The violation is in connection with the supply of goods and services before the award of contract.

The Chairman of the PAC, Dr James Klutse Avedzi, gave the order when the Ministry of Justice appeared before it yesterday.

Before the chairman referred the matter to the A-G, he questioned if it was lawful for goods and services to be supplied before a contract was awarded, the Deputy Attorney General, Alfred Tuah Yeboah, responded in the negative admitting that such situation would amount to a breach of the procurement law.

Mr Avedzi then asked, “So does it amount to a breach?” The deputy minister responded that “if such a thing occurred it amounted to a breach” but first requested the official from the Registrar General to be allowed to explain what happened leading to such situation.

The chairman of PAC stated that the Auditor General’s report had faulted the department for awarding a contract after the supply of the goods and services without following the procurement process.

The Auditor-General had recommended that the department adhered strictly to the procurement law.

The registrar of companies, Jemima Oware, in response said the Registrar General’s Department had since corrected the anomaly following the recommendation of the Auditor General and that management had put in additional control measures to ensure that such “unfortunate situation” was not repeated.

The Chairman of PAC, who noted that the department had since been following the procurement law, however said: “I have seen your response indicating that is what you do now. I hope that is what you do now. But for this one, I am referring you to court” directing the clerk to add the department to the list of institutions that had been referred to the A-G’s office for prosecution.

Non-payment of sale of tricycle

PAC expressed worry about the unrecovered millions of money from the sale of tricycles by the Northern Development Authority (NDA) under the Ministry of Special Development Initiative.

The purpose for providing the tricycles was to support peasant farmers in rural parts of the NDA operational zone to purchase tricycles to enable them to convey their farm products from rural areas to the commercial centres for sale.

The Auditor General, in the review of minutes of NDA board meeting held on August 1, 2019, saw a proposal by management to proceed with the sale of tricycles on cash and carry basis and in a transparent and non-partisan manner.

However, the review revealed that 2037 tricycles valued at GH¢7.121 million were sold on credit contrary to the board’s directive.

The authority recovered only 4.745 million leaving a difference of GH¢2.375 million. The auditors recommended that the chief executive officer (CEO) recovered the debt of GH¢2.37 million from the beneficiaries.

However, the acting CEO, Sumaila Abdul Rahman, said they had only recovered GH¢185,000 cedis with an outstanding balance of GH¢2.19million cedis even though they had made a lot of effort to recover the balance.

The authority, he said, had had discussions with the beneficiaries and came up with a payment plan while it had also engaged a debt collection company to go after the debtors to redeem the outstanding debt.

Office of the Registrar of Companies To Delete 513,338 Lapsed Businesses Names From Register |