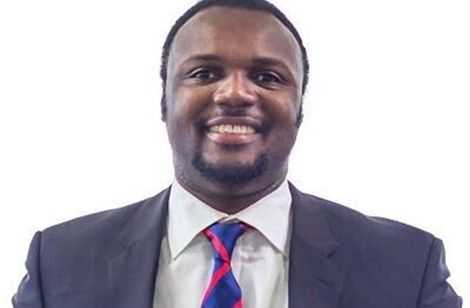 The Judicial Service has refuted reports in a section of the media that the judge hearing the William Ato Essien trial stated that the state had been compromised in a restitution agreement with the accused person.
A statement released Wednesday (December 7, 2022) and signed by the Judicial Secretary, Justice Cynthia Pamela Addo, said the presiding judge, Justice Eric Kyei Baffour, did not state or infer that the state was in any way compromised.

Rather, the statement said the presiding judge enquired in court whether the other accused persons would not be compromised as a result of the deal.

“The trial judge would like to correct the above-stated reportage and place on record that no statement in the nature of the media reports referred to above, or imputing misconduct on the part of officials of the state, was made by the court either on December 1, 2022 or throughout the trial of the case.

“He (the trial judge) enquired from one of the defence lawyers whose client has been charged with the offence of abetment and conspiracy, whether the terms of the agreement entered between the state and the first accused would not compromise the position of the other accused persons,” the statement said.

The Founder of the defunct Capital Bank, William Ato Essien, failed to convince the Accra High Court to allow him to pay GH¢90m to the state instead of possibly serving a prison term.

Essien, who is on trial for allegedly stealing part of a GH¢620 million liquidity support extended to Capital Bank by the Bank of Ghana (BoG), had reached an agreement with the Attorney-General (A-G) to refund GH¢90 million as restitution to the state.

However, the court, presided over by Justice Eric Kyei Baffour, on December 1, this year, rejected the agreement on the basis that it was not in line with law, and the amount was insufficient.

Essien is standing trial with Fitzgerald Odonkor, a former MD of Capital Bank and the MD of MC Management Services, a company said to be owned by Essien and Tettey Nettey.

The accused persons have pleaded not guilty to various counts of stealing, abetment to stealing, conspiracy to steal and money laundering.

Capital Bank was one of the first banks that collapsed after a massive clean-up of financial institutions by the BoG which started in 2017.

On August 14, 2017, its licence and that of UT Bank were revoked by the BoG, after the BoG had declared the minsolvent.

The BoG allowed the state-owned bank, the GCB Bank, to acquire the two banks in order to protect depositors ’funds and also enable them to stay afloat.