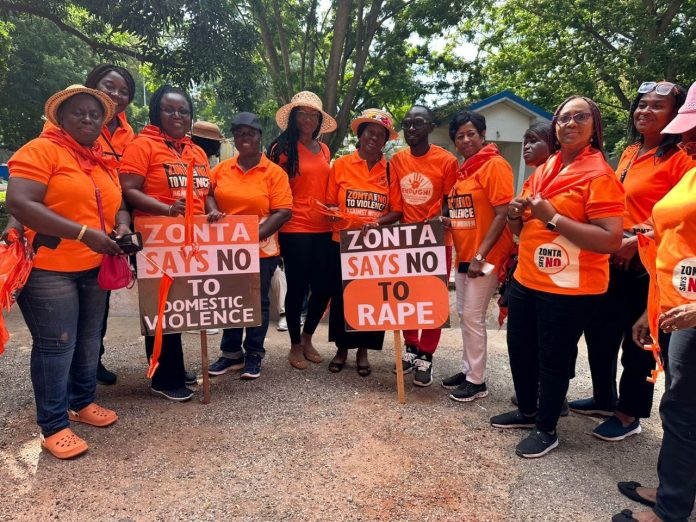 Accra, Nov. 28, GNA – The Zonta Club of Ghana has asked policy and law makers to review existing laws for better protection of women and girls from sexual and gender-based violence.

The ills include domestic violence, witchcraft allegations, forced and early marriage, and sexual harassment at the workplace.

The Club, which joined the rest of the world to mark the 16 Days of Activism against Gender Based Violence on the theme: “Unite: Activism to end Violence Against Women and Girls”, said in a statement copied to the Ghana News Agency, that violence against women and girls was a breach of human rights.

To eliminate the inhuman treatment, it called for policy changes to ensure that women and girls were protected by emergency response systems put in place for moments of pandemics and emergencies.

The Club also called on all actors, including Government, Civil Society Organisations, Women’s Rights Organisations, young people, the private sector, the media and the UN system to join forces in addressing the global pandemic of violence against women and girls, which was made worse by COVID-19.

“We count on men and boys as allies in this fight. Together we can achieve much in protection from violence against women and girls,” the statement added.