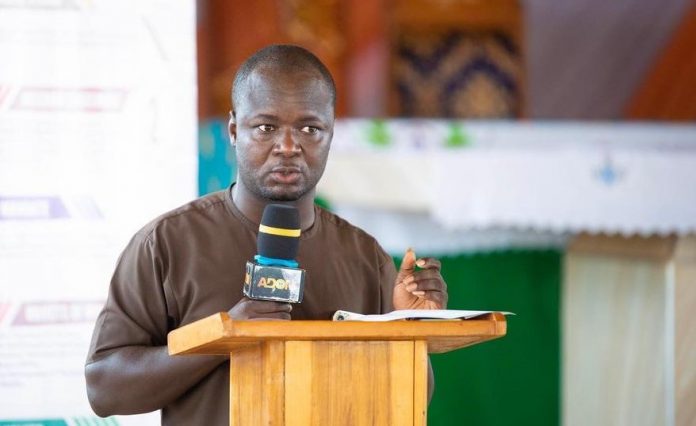 The educational campaign, dubbed, “say no to drugs” is aimed at sensitising school children and students on the negative effects of substance and drug abuse.

In an interview with the Ghana News Agency (GNA) after an awareness campaign for private and public schools at Sefwi-Asawinso in the Wiawso Municipality of the Western North Region, Mr Desmond said the sensitisation would help eradicate the menace from the region and ensure students concentrated on their studies.

Mr Frank Pedro Asare, the Immediate past Sefwi Wiawso Constituency Youth Organiser of the National Democratic Congress (NDC), who chaired the event, lauded the NYA for the initiative and called on corporate institutions to support in taking the campaign to all communities in the region.

He advised the public, especially students, to ignore drugs and concentrate on their studies to be useful to themselves and society.

She said unhealthy social environment, peer pressure, loneliness, sudden change in social network, depression and discrimination were among the causes of drug abuse.

Dr Dickson said pregnant women who used drugs were more likely to harm the fetus with risky behaviours and poor nutrition, which could lead to premature birth or low birth weight.

“It can also cause the baby to have withdrawal symptoms, which can lead to birth defects or learning and behavioral problems later in life,” she said.

Some of the students who spoke to the GNA commended the NYA for the programme, and said it had enlightened them on the negative effects of substance/drug abuse and pledged to educate their peers and parents on it.