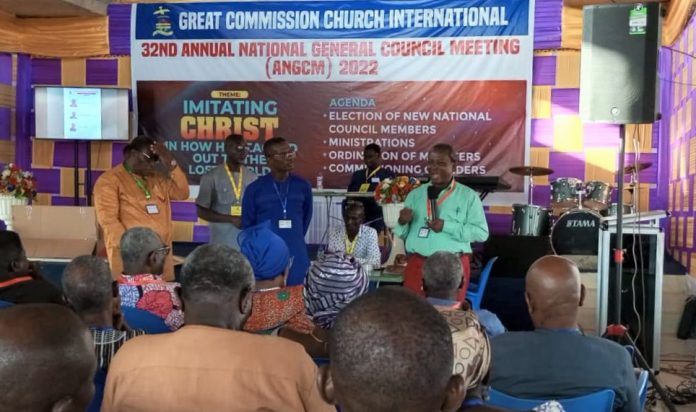 He received an overwhelming endorsement by the Electoral College and the General Council of the Church, winning by 119 votes (74.8 per cent) of the 159 valid votes cast, at the 32nd Annual General Council Meeting (AGCM) of the GCCI in Accra, at the weekend.

Moments after the declaration of the results, they congratulated Apostle Ansah on his electoral victory and promised their unflinching support.

The Chairman-elect, who has over 40 years experience in the ministry, will takeover from Apostle Professor Samuel Asuming-Brempong, the outgoing Chairman of GCCI Ghana National Council, whose  second five-year tenure ends in July 2023.

By virtue of his election, Apostle Ansah automatically becomes the Vice Chairman of the GCCI Executive Council.

In July 2023, when he is inducted into office, he will become the fourth to Chair the GCCI Ghana National Council since the founding of the Church in April, 1991.

The other past Chairmen of the Council are Apostle Joseph Felix Kwesi Mensah, currently the Chairman of GCCI Executive Council, and Apostle Joseph Kwabena Antwi.

In his victory speech, Apostle Ansah, visibly elated, expressed gratitude to the Almighty God for the honour done him.

“Praise the Lord. Thank you. Thank You…. This is not man’s doing, it is God’s doing,” he said.

He appealed to the church to continuously pray for him and his team to execute the task ahead.

Apostle Ansah first contested the Council Chairmanship in January 2013 but lost to Apostle Prof Assuming-Brempong, and described his victory this time round as God’s timing.