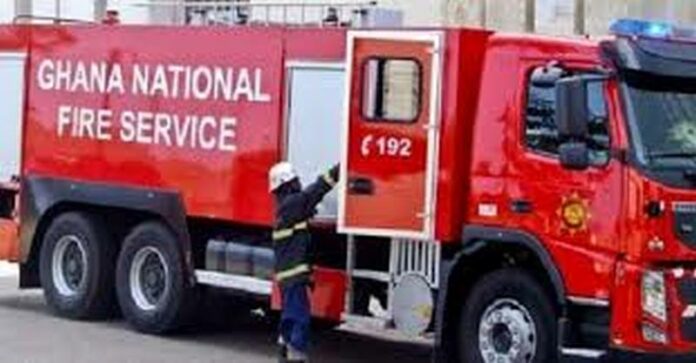 Two journalists have been manhandled by some fire officers who were deployed to a fire scene at Weija Junction on Saturday.

The personnel were responding to a fire outbreak that gutted a warehouse at Weija junction.

The two journalists, Akwasi Addo and Frank Osei, employees of Metro TV and Citi TV respectively were reporting on the fire incident.

Whilst taking coverage, a man in plain cloth approached the duo and covered the lense of their camera with his palm asking why they were videoing the scene.

He did not accept any explanation and tried to snatch the camera from the operator, Frank Osei, resulting in tense struggles between him and the journalists.

In a video of the scene recorded by another reporter, the man who failed to disclose his identity is heard threatening to slap a reporter.

Whilst the journalists struggled with the man over the camera, some other uniformed fire service personnel numbering about 10 joined him and physically attacked the journalists.

During the attack, one of them struck the left cheek of Frank with a safety helmet causing it to swell.

Parts of the camera got broken whilst a laptop computer which was in a backpack had its screen broken.

The case has been reported at SCC Police station while medical forms have been issued to them.