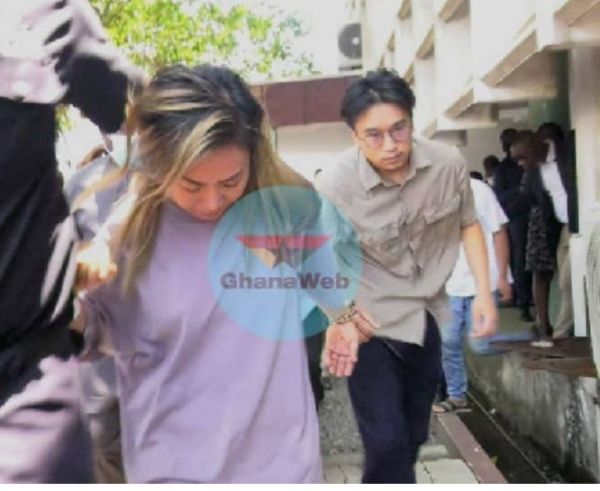 Huang Lei, the son of galamsey kingpin, Aisha Huang, has been remanded by the Accra Criminal Court 5 Division of the High Court to the Nsawam Medium security prison.

This is pending Huang Lei’s trial for immigration offences.

Aisha Huang’s son is standing trial together with another Chinese national, Huang Haihua for staying beyond the expiration of their permits.

When they appeared in court on Thursday, November 24, the lawyer for the accused persons, Frank Kumakoh, indicated that the prosecution was levelling charges that were unsustainable by the facts available.

Lawyer Kumakoh made it known to the court that his side will be presenting a bail application soon.

But the prosecution led by Hilda Craig prayed the Court to commit the accused persons to the Nsawam Medium security prison while the case proceeded.

The court, then, ruled that Huang Lei and Huang Haihua, be remanded into the Nsawam prisons.

The Court further directed the Ghana Prison Service to produce the accused persons to the Court on the appointed dates for their trial.

The case was subsequently adjourned to December 13, 2022.