Parties to file written submissions on motion to set…. 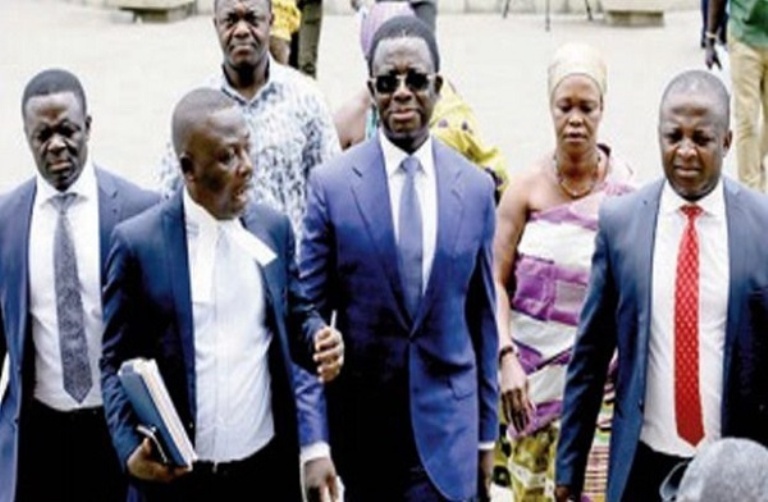 An Accra High Court hearing the motion for an order to set aside its own orders has ordered parties in the case to file their written submissions on or before Monday, November 28, 2022.

The parties are to file the submissions simultaneously.

The motion, filed by Dr Stephen Opuni, the former CEO of COCOBOD, also had an application for stay of execution and a referral of article 139(1c), 145(5) of the 1992 Constitution for interpretation by the Supreme Court under article 132 of the Constitution and citing the inherent jurisdiction.

The Court on November 14, 2022, dismissed a motion filed by Dr Opuni to perpetually injunct the trial judge from further hearing the case citing article 145 (2a) of the Constitution.

Dr Opuni and Mr Agongo are facing 27 charges, including defrauding by false pretences, willfully causing financial loss to the State, money laundering, and corruption by public officer in contravention of the Public Procurement Act.

They have both pleaded not guilty to the charges and are on a GH¢300,000.00 self-recognisance bail, each.

Opuni Trial: I was trained with Christian values to always tell the truth –…

He said taking into consideration the delay in serving documents in court, the case had been adjourned to December 1, 2022.

Mr Emmanuel Kumadi, holding brief for Benson Nutsukpui for Agongo, was served in open court with affidavits in opposition filed by the prosecution.

The Counsel also served the prosecution with its copy of affidavits in support of the motion.