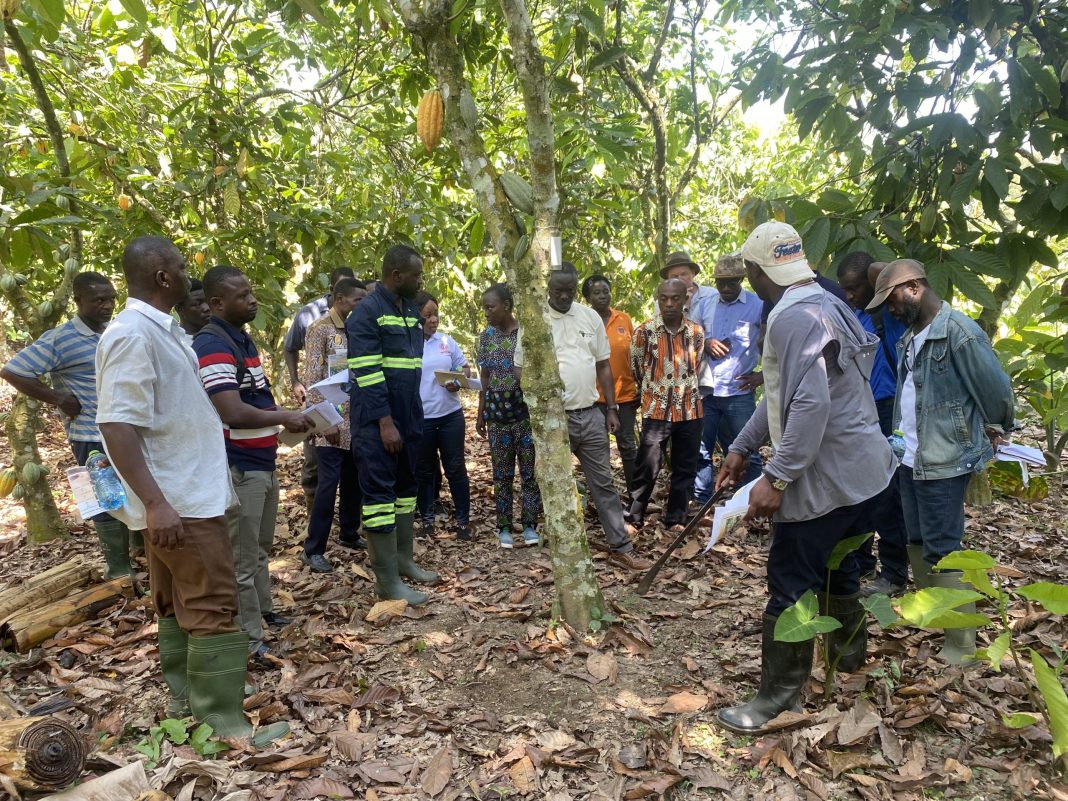 Offinso (Ash), Nov. 24, GNA – The Soil Research Institute (SRI) of the Council for Scientific and Industrial Research (CSIR) is piloting the use of Remote Sensing (RM) for fertilizer application on cocoa farms.

This is to modify fertilizer application and come out with site specific fertilizer recommendations to help increase cocoa production and improve on the livelihoods of the farmers.

“Some fertilizers are generalised, which all farmers are using,” Dr Edward Yeboah, Director of SRI, stated.

“We want to improve on that, so we want to take cognisance of the nutrient levels in every soil using the remote sensing approach.”

“We look at the above ground and try to come out with what will be deficient from the above ground perspective, then we use our soil information to be able to understand what is really lacking in the soil and provide the exact nutrient to get the optimum yield of cocoa.”

Dr Yeboah said the SRI, with support from Yorke Potash, Kumasi, in collaboration with York Potash Limited, a subsidiary of the Anglo-American Group in the United Kingdom, has established trial fields at New Edubiase, Maabang and Offinso to compare the performances of NPK fertilizer to the Poly-4, a cocoa-specific fertilizer blend, which was being used for the pilot project.

He told the Ghana News Agency on the side-lines of a stakeholders’ engagement at the Offinso trial site that the Poly-4 fertilizer blend which was applied on cocoa trees aged between 10 and 15 years in June this year, had shown significant improvement after harvesting.

Bean production from two of the Poly-4 treated cocoa trees increased to between 17 and 22 per cent, compared to those which used the normal COCOBOD fertilizer application.

Developing and implementing management practices that maximized and sustained cocoa yields was a core challenge for the cocoa value-chain he said.

Dr Yeboah said it was important that all key stakeholders such as researchers, COCOBOD, Ministry of Food and Agriculture (MOFA), farmers and input dealers came together on a single platform to discuss emerging issues within the cocoa industry.

“We cannot claim we have all the answers to the emerging problems as does COCOBOD, MoFA, and farmers, but when we come together, what emerges from research can inform us to make decisions for increased crop yields,” he said.

He expressed the hope that COCOBOD would buy into whatever was generated from the project.

Dr Thomas Oberthur, the Business and Partnership Development Officer, APNI, said a lot of research on agriculture was being done in Africa, especially on nutrition, but very often, the results of the research were not quickly or directly sent to farmers to benefit.

He said the Insitute was committed to supporting practical research done on the farms with farmers, for real change to happen in farm management and practices.

Dr Oberthur said APNI was of the belief that Remote Sensing could be used to give direct guidance on crop nutrition hence its support to the project.

This is in partnership with the CSIR-SRI and the Faculty of Renewable National Resources of the Kwame Nkrumah University of Science and Technology.