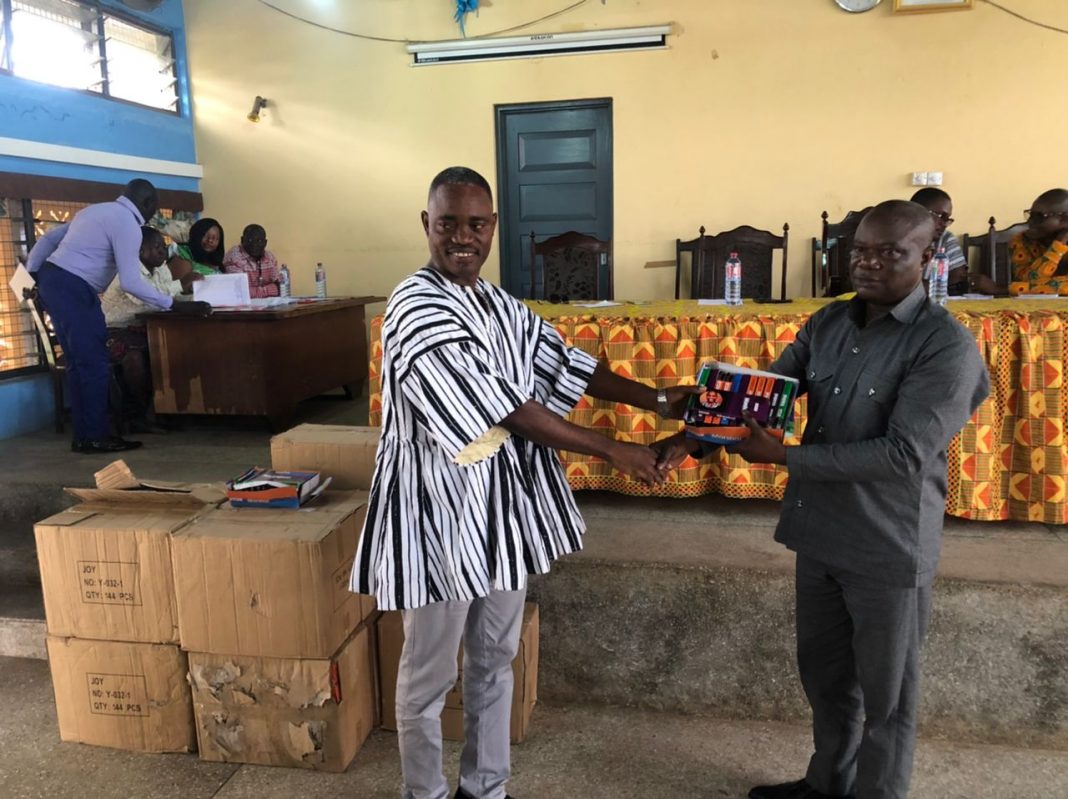 The sets were distributed during the second ordinary meeting of the third session of the first assembly to the various Assembly members within the Municipality for onward distribution to the schools preparing for this year’s BECE.

Presenting the items, at the Akatsi South Municipal Assembly Hall, Mr Kpormatsi, also a businessman, said the gesture was made upon request from Mr Raphael Ahiable, the Presiding Member for the Assembly.

The donation, according to Mr Kpormatsi, was one of the many he had made over the years even before he got into politics.

He said his ‘William Kpormatsi Foundation’ a scheme targeting brilliant but needy students in society had also been providing educational sponsorship for the needy.

He said that this year’s donation was timely “since our children will commence writing their examinations from the 17th of this month.”

Mr Kpormatsi called on parents to ensure they offered the needed assistance to their wards for a successful exercise.

“We need to also allow our children to venture more into technical education to provide self-sufficiency in future,” he said.

He appealed to members of the assembly to release the items to the required beneficiaries.

Some assembly members the GNA interacted with commended Mr Kpormatsi for contributing towards ensuring a high standard of education in the area.