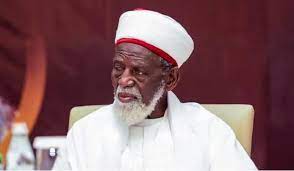 This, coupled with better leadership and “knowing good, loving good and doing good,” are elements that Prof Oppong believes will lift economies of African countries and make them perform better.

“Skills development is what we are advocating in every Makaranta School,” Prof. Oppong said.

The suggestions were part of proposals contained a-14-paged book titled” The Quranic Formula for World Economic Development,” co-authored by the National Chief Imam and Prof Oppong, and launched in Accra.

Prof Oppong said communities should go beyond knowing of the good, and you test your knowledge by actions, by doing good.

Good, he said must also be enjoyed, and however wondered why the good in is known some Moslem communities, but there are a lot of chaos and poverty in some.

Prof Oppong commended the National Chief Imam and the Moslem Leadership in Ghana for efforts at improving the lives of both the Islamic faithful and people of other faiths.

Both co-authors were present for the launch, during which the National Chief Imam offered prayers for Prof Oppong, the audience, and the book.

The book, to be distributed freely, and set on PDF, identifies what it calls “Seven Cs” of a good economy as Creativity, Cooperation, Competition, Control, Consumption and Continuity.

The book however points out that “knowledge” alone is not enough to make a man economically productive.

And “merely having certificates in many subjects including economics, management, finance or having nice wishes alone; do not make the economy. It is also clear that as far as the 7cs describe attributes and conditions required for the building of the economy, no man and no society can build the right economy until he or it possesses the right qualities.

“In other words, a good economy is no more than the effect of certain human conditions and actions. You need the right conditions to be present before you can get your good economy going. If you do not have what it takes, you cannot get the good economy happening.

It also called on nations and communities to put in right policies, supported by right and desired attributes into its children.

The book calls for leadership reforms, and for nations to have leaders who not “just think of their bellies and families but of the good Lord of what ultimate future of every man.

“This is the Quranic contribution for Economic Development. It is based on the nurturing of the good and learned person. A learned, highly skilled, and good-loving people pursuing their self-interests in a world set to rule of law, freedom, and justice: this is what the Quran wrote as the formula for world economic development! Peace!” the book advocated.