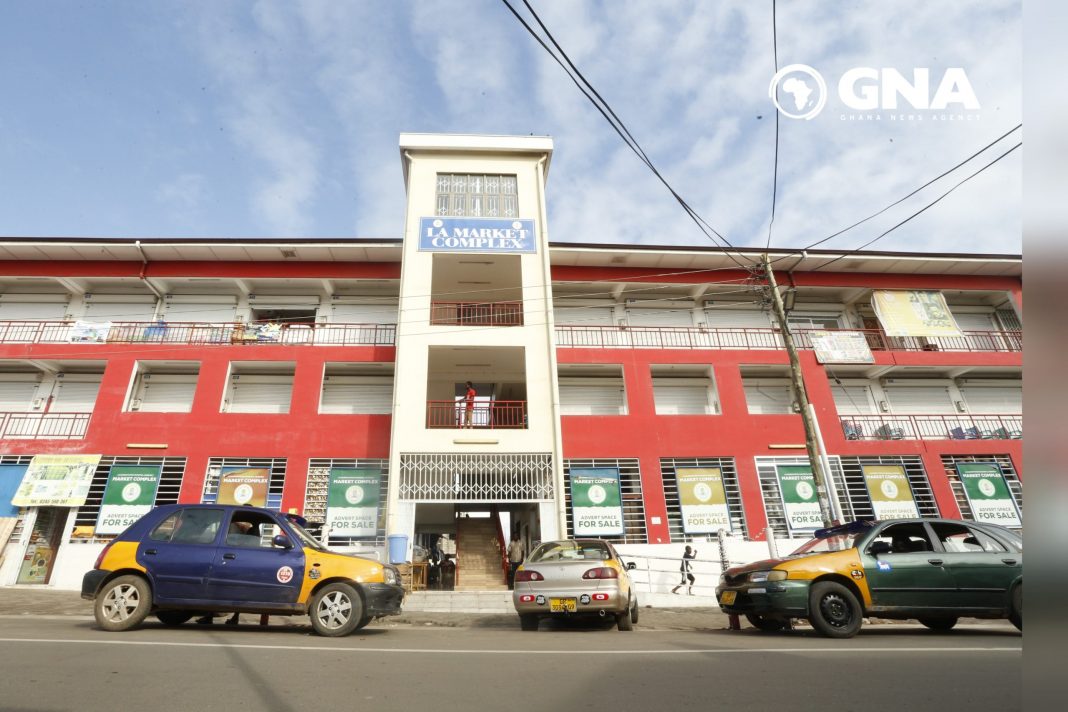 Accra, Oct. 03 – The La Market Complex is one of the many markets in the Greater Accra Region serving people within and around the La Dade-Kotopon Municipality.

The market, which used to be in an open space with sheds, was reconstructed and commissioned in December 2020.

With an Internally Generated Fund of GHS1 million and a GHS4.4 million from the Assembly’s Common Fund, the La Market Complex was constructed at a total cost of GHS5.4 million by the La Dade-Kotopon Municipal Assembly (LaDMA).

The reconstruction is in line with the Local Governance Act, 2016, Act 936, and the Legislative Instrument 2133 that established the Assembly.

Considered a model market with good drainage and lightening systems, the edifice has a total of 210 sheds, 56 stores, two banking halls, washrooms with a beautiful green environment.

Common items in the Market, managed by the Assembly, include food stuffs, toiletries, and provisions.