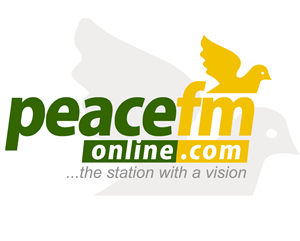 A statement signed by Dr Eric Oduro Osae, the Director-General of the IAA, and copied to the Ghana News Agency, said institutions in Accra would have their turn on October 3 to 4, Ho and Tamale October 10 and 11; Takoradi and Sunyani October 17 to 18; and Koforidua and Kumasi October 24 to 25.

It said recent reports issued by the Auditor-General on the 2021 Financial and Performance activities of public institutions in Ghana.

It noted that cognisance was also taken of the ongoing reforms in Public Sector Internal Audit (PSIA) to prevent and reduce irregularities in the management of public funds by moving away from Conventional Pre-auditing to Risk-Based Auditing.

The statement said further to the above, Section 83(4-6) of the Public Financial Management Act, 2016 (Act 921) and Regulation 13(7) of the Internal Audit Regulation 2011 (L.I. 1994) mandates Public Institutions (Covered Entities) to prepare RBIA Work Plans and submit same to the Director-General by 30th January of the ensuing year.

“As part of preparations for complying with the above, the IAA reminds the public and Covered Entities of the above and the need to participate in a nationwide support programme to develop and submit their 2023 RBIA on time being organized by the Agency,” it said.

“Mandatory Thrust Areas for the 2023 RBIA (Excluding areas identified through organizational level risk assessment) include implementation of recommendations in the 2021 Auditor-General’s Report and Management Letters (ML) as well as mainstreaming Performance Auditing in the operations of public institutions.”

The statement reiterated that failure to prepare and submit the 2023 RBIA by 30th January 2023 constitutes financial indiscipline under the PFM Act 2016(Act 921) and shall attract appropriate sanctions.