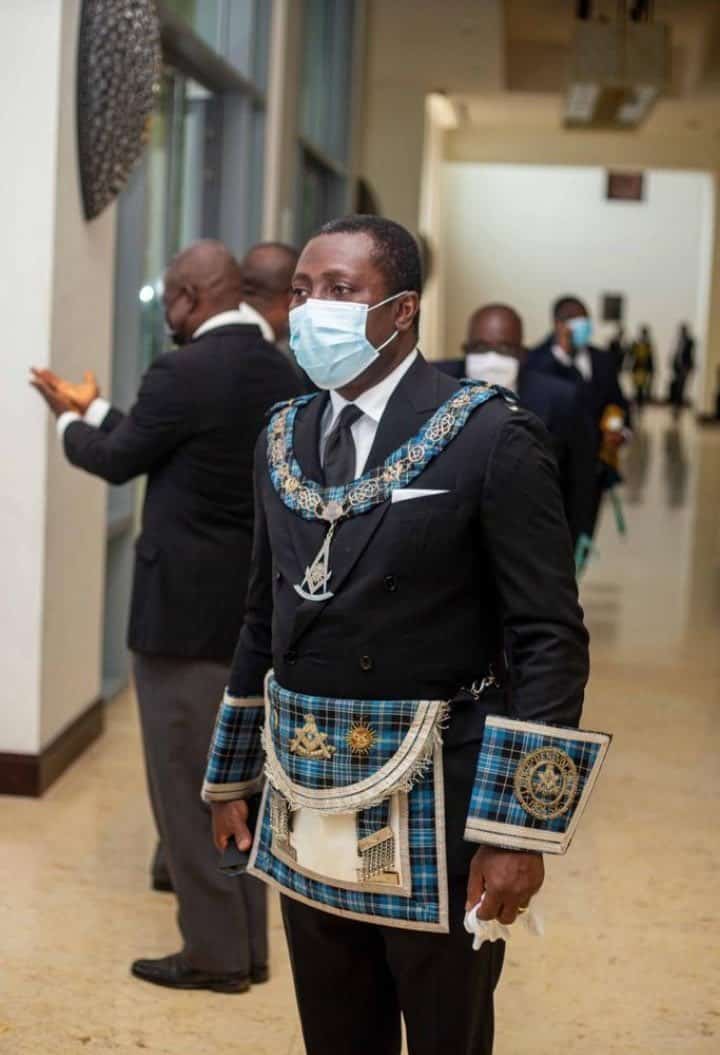 Member of Parliament (MP) for Effutu constituency, Alexander Kwamena Afenyo-Markin, has revealed how he was initiated into the brotherhood, Freemason.

According to him, late former National Chairman of the governing New Patriotic Party (NPP), the late Haruna Esseku, was the one who led him to join the Freemason.

The Effutu MP noted that Mr Esseku ensured that he rose through the ranks to hold a good position in the brotherhood.

Mr Afenyo-Markin disclosed this in a tribute to the late Mr Esseku on Saturday, October 1, 2022.

“He [Esseku] taught me the fine details of being a politician with an enviable code. He also showed me the doors to masonry and led my young hands into its hallowed chambers.

“Indeed, he laboured day and night to teach me that all squares and perpendiculars are perfect points to know a brother. He did not end there. He ensured that I immersed myself in the brotherhood and rose quickly through the ranks, on merit, to take a seat in the ‘East,” he added.