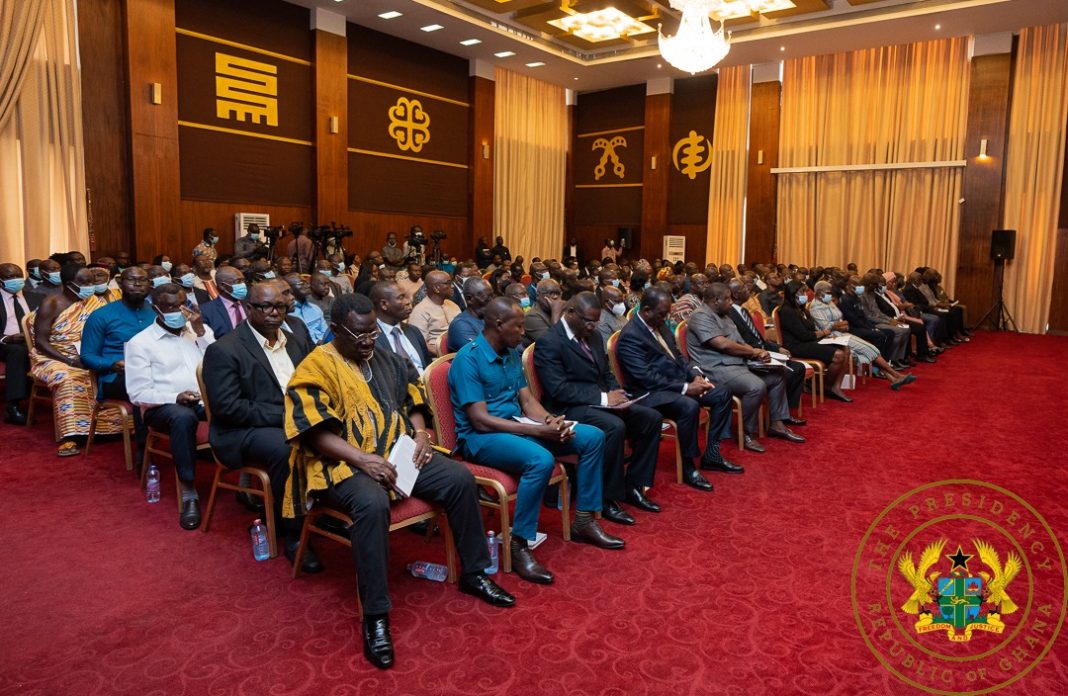 President Nana Akufo-Addo has directed the Director-General of State Interests and Governance Authority (SIGA) to work with the Auditor-General into the causes of the infractions cited in the latest report, identify persons responsible and make the necessary recommendations as prescribed by law.

According to President Akufo-Addo, the 2021 Auditor-General’s report has reported an increase in the number of infractions committed by Specified Entities, and this demands answers from the Chairpersons of these entities.

He made this known on Monday, 3rd October 2022, when he held a meeting with the Director General of the State Interests and Governance Authority, and Chairpersons of Specified Entities at Jubilee House, the seat of the nation’s presidency.

According to the President, Specified Entities have been set up to provide efficient public services, promote public economic activities, contribute to our GDP, reduce imports, increase exports, and, thereby, strengthen our economy, whilst creating jobs for our people.

In addition, he indicated that Specified Entities have a duty to create the economic superhighway.

“However, the current trend of affairs neither portrays that picture, nor reflects positively on the managers of our Specified Entities, oversight institutions, and the government itself. It is a clear indication of poor supervision and management, as well as poor enforcement of implementation and sanctions of the needed measures,” President Akufo-Addo said.

He continued, “I appointed you as leaders of these Specified Entities with the strong belief that you would ensure a positive change in the narrative of loss-making entities and build value for the people of Ghana. That has not happened, so I expect more from you.”

The President thus urged heads of Specified Entities to drill down and agree on the causes and find solutions to address the infractions pointed out by the Auditor-General and the 2020 State Ownership Reports.

“I want to see a marked improvement in these reports next year. Things must change. Your hard-earned reputation and honour are at stake if things crumble under your watch, and there are also serious sanctions in the SIGA Act and other laws for mismanagement, negligence and outright malfeasance,” he added.

Whilst urging Chairpersons to help change the narrative of Specified Entities, the President noted that “the Director-General of SIGA to work with the Auditor General, who is here with us, to drill down to the causes of the infractions, identify persons responsible and make the necessary recommendations as prescribed by law. I am giving them four (4) weeks from now to submit a report to the Chief of Staff.”

“You must remember that, in each of your entities, you have, apart from SIGA, an overall supervisor or monitor, which is the relevant sector Minister, and, ultimately, the Minister for Public Enterprises. If the hierarchy is rigorously maintained, we are guaranteed an enhanced performance and output of your various entities,” he stated.

In conclusion, President Akufo-Addo encouraged Specified Entities to trade amongst themselves, and increase production and patronage of domestic products and services, adding that “I pledge my full support to SIGA and other oversight institutions to exercise their authority, without any fear or favour.”