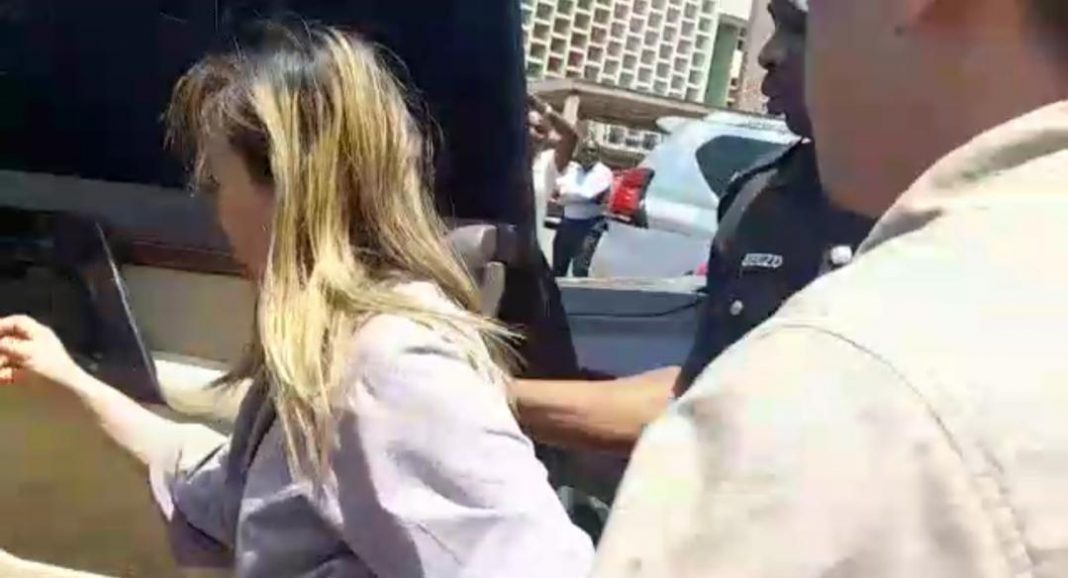 The Chinese Glamasey Queen Aisah Huang who was arrested for her alleged re-entry into Ghana without permission after her deportation, is not sleeping at the Police cell despite being denied bail, the founder of the United Progressive Party (UPP), Akwasi Addai Odike, is alleging.

He said that he does not trust the security officers handling her hence, his view that she is not sleeping in the cells.

“I can tell you on authority, Aisha Huang doesn’t sleep in Police cells,” he told Johnnie Hughes on the New Day show on TV3 Thursday September 29.

When asked to adduce evidence to that effect, he said “Even the president is saying that he is not sure that she was deported so so you trust our security apparatus? No.”

On Friday, September 16, four charges were filed at an Accra High Court against Aisha Huang.

The second offence is facilitating the participation of four Chinese to mine at Bepotenten without licence.

This also makes her fall foul of Ghana’s laws as she employed foreign nationals contrary to Section 24 of the Immigration Act, 2000, Act 573, her third offence.

She was re-arrested on Friday, September 2.