Why I Married A Whiteman – NSMQ Mistress | 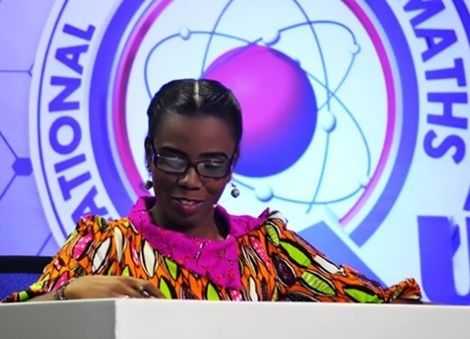 Popular National Science and Maths, NSMQ, quiz mistress who doubles as the Dean of Engineering faculty at the University of Ghana, Prof. Elsie Kaufmann, has opened up on issues pertaining to her past marriage.

Prof. Kaufmann, while shedding light on her personal life on the Delay Show, admitted that she has once been married to a white man who fathers her three children.

The NSMQ mistress during the show said she landed a white husband whiles in the pursuit of higher education and building her career in the United States, where she lived most of her life.

But the ‘million dollar question’ seeking to inquire why she didn’t rather settle for a Ghanaian husband popped up and she responded:

‘They didn’t come. No Ghanaian came to me.’

Professor Kaufmann, who didn’t want to delve further into that particular subject added,

However, the famed quiz mistress, now a divorcee, who returned to Ghana in the early 2000s said she will remarry if she finds her ‘Mr. Right’.

Although she has admitted to not desperately searching for one, she has established that her doors are open for the right person.

“I used to be married but not anymore. Marrying again depends on whether I find the right one,” she told Delay.