Over 3,000 Vehicles Queue As Thousands of Russian Men Flee Being Mobilized For War Against Ukraine (Video) | Social 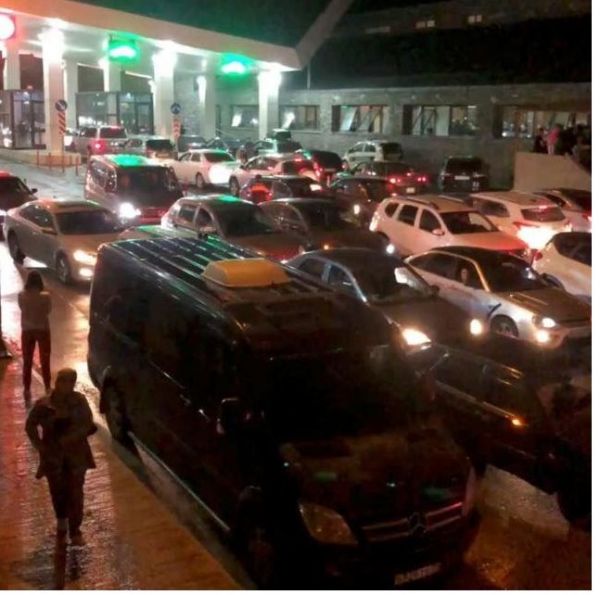 Russian men are fleeing into neighbouring Georgia to avoid being called-up to fight in a war they do not believe in, following Russian President Vladimir Putin’s order to mobilise hundreds of thousands of reservists for the conflict in Ukraine.

According to Russia’s own government statistics released by state media reported, on Sunday, September 25 the estimated wait to enter Georgia hit 48 hours, with more than 3,000 vehicles queuing to cross the frontier.

“When we found out about the mobilisation, we dropped everything at home and jumped in the car,” Dmitry Kuriliyunok told Reuters in Tbilisi, the Georgian capital.

Dmitry, his wife Irina and young daughter first drove across southern Russia from Krasnodar to Mineralnye Vody in the North Caucasus, a staging post for many crossing into Georgia. There, they hired a local driver to take them through the border checkpoints and after 24 hours they arrived in Tbilisi.

“We are completely against this war. For us, like for others, it’s scary. To die and to kill others, and for what? We don’t understand. Therefore, we decided to flee,” he said.

The exact number of people who have left Russia since Putin announced what he called a “partial mobilisation” last Wednesday is unclear. But new video footage released Monday show a chaotic scene at the border.

Russians have also gone to Kazakhstan, Finland and Mongolia, which have all reported heavy queues. Russia has not closed its borders yet but reports indicated that Putin could order a border closure.

What is going on in front of the Upper Lars border crossing: drone footage
Many kilometer traffic jams, drivers wait in front of the border for 40-50 hours. Scuffles keep sparking from time to time in the queue pic.twitter.com/1EReyhhyHs

Russians trying to cross into Georgia have been allowed to pass the border control on foot. The decision was made due to the peaking load on the checkpoint in the last few days. Officially, the checkpoint can only be used by vehicles.