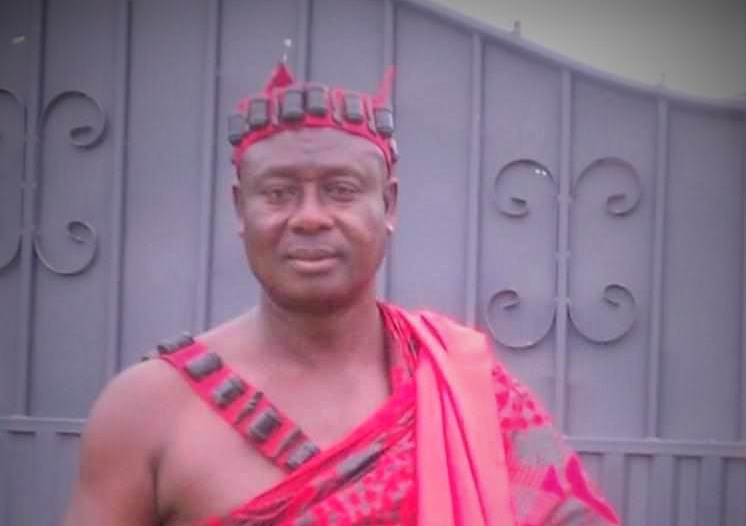 Akwakrom (C/R), Sept. 22, GNA – The Chiefs and the people of Akwakrom near Mankessim have discovered three holes suspected to be graves dug by Nana Clark Onyaa, the prime suspect in the murder of a 25-year-old aspiring trainee nurse in Mankessim.

The two of the sites covered and with broken bottles all around, were found in two obscure corners in the suspect’s deserted family house accessed by him alone.

Another huge dugout pit was discovered on a plantain farm at the back of the family house and some residents claimed he visited fortnightly to perform rituals at the night and most times, came with a pickaxe and shovels in his vehicle.

This According to Mr Kojo Assan, leader of the Youth Volunteer Group of Akwakrom, rouse their suspicions and they mounted surveillance on the Chief who on realising that he was being watched closely, tried to disband the group without success.

He said, not knowing, the Tufohen directed his nefarious activities to Mankessim.

Aboradze Ebusuapanyin Kofi Adu together with some elders in the community who led the Ghana News Agency to the sites on Thursday said the sites were discovered when the news broke out about the missing lady, and they accordingly informed the police.

“We don’t know what he buried in the pits but based on his recent activities, your guess is as good as mine. We suspect he may have done the same here so we want serious excavation to be done here to ascertain the use of the pits.

The visibly shaken Ebusuapanyin said they never suspected the Tufohen could kill a fly, “He is an eloquent person liked by many. He is the leader of the Asafo groups and occasionally visits the palace to partake in activities,” he said.

Ebusuapanyin Adu indicated that the community would not shield anyone found to have connived with the suspects regardless of their social standing or family lineage.

According to him, the deceased was most of the time spotted chatting with the pastor, but the Tufohen claimed he was a relative who had come to spend some days.

“Many people saw the deceased here in the company of the pastor and she appeared weak and pale, but the pastor claimed he was cleansing her spiritually, little did we know they had diabolic intent,” he added.

The Ebusuapanyin Edu, however, denied claims that the Tufohen was the Regent of Akwakrom. “ Tufohen has brought shame to our community.

“Now, people think we are all criminals here because of someone’s misdeed. We are law-abiding citizens who do not condone crime”, he added.

He said the community had intensified patrols to ward off all criminal activities, something he claimed prevented the suspects from burying the deceased in the community.

He pledged the commitment of the Chiefs and people to ensure justice was served to restore the image of the community.

Earlier, the GNA visited the Tufohen’s house in Mankessim and observed that the scene had been cordoned-off with some food vendors in front of the house going about their normal businesses without qualms.

They equally expressed shock about the suspect’s conduct, claiming the Tufohen was an arbiter who had brought peace to many families and homes.

“He is a counsellor who has arbitrated many protracted family issues, but little did we expect him to have committed such a heinous crime,” Madam Elizabeth Awudzi, a food vendor stated.

Burkina Faso’s Military Leader Agrees To Step Down After Coup |

Speaker Of Parliament Pledges To Develop Sports In Upper West   |