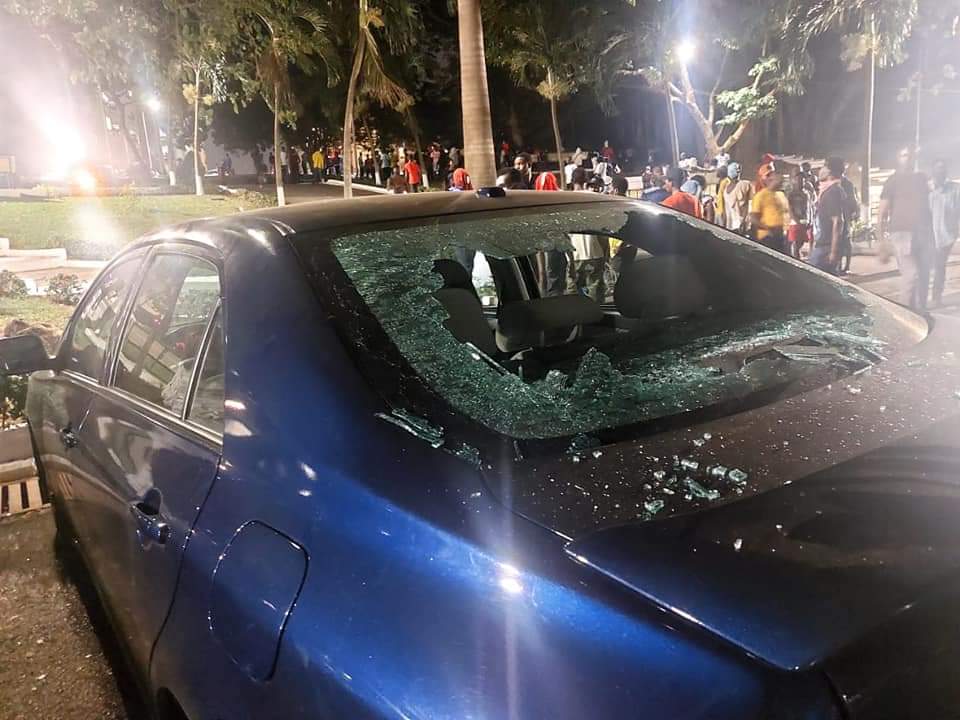 The Ghana Police Service says it will smoke out trouble makers behind the Thursday night’s violent clashes on the campus of the Kwame Nkrumah University of Science and Technology (KNUST).

According to the police, such person will be arrested and made to “face justice”.

The police who described the attacks as “unfortunate, needless and unjustifiable” said they have opened full investigations into the incident for possible prosecution.

Students pelted stones and dangerous implement at each other leading to injuries and destruction of properties.

Their action resulted in destruction of private and state properties including vehicles.

However, police immediately stepped in to restore law and order.

In a statement on Friday, August 19, 2022 the police said “The police have restored calm on the campus of the Kwame Nkrumah University of Science and Technology following violent clashes between students of the Katanga and Unity Halls of the University,”

“The Police are in firm control of the situation and investigation is ongoing to arrest those behind these unfortunate, needless and unjustifiable attacks and bring them to face justice.

“We therefore urge all law abiding members of the university community to remain calm and support the police as we deal with the situation.”

Like Biblical Paul, I’m Being Insulted For Seeking Prayers For Akufo-Addo, Ghana – Anyidoho |