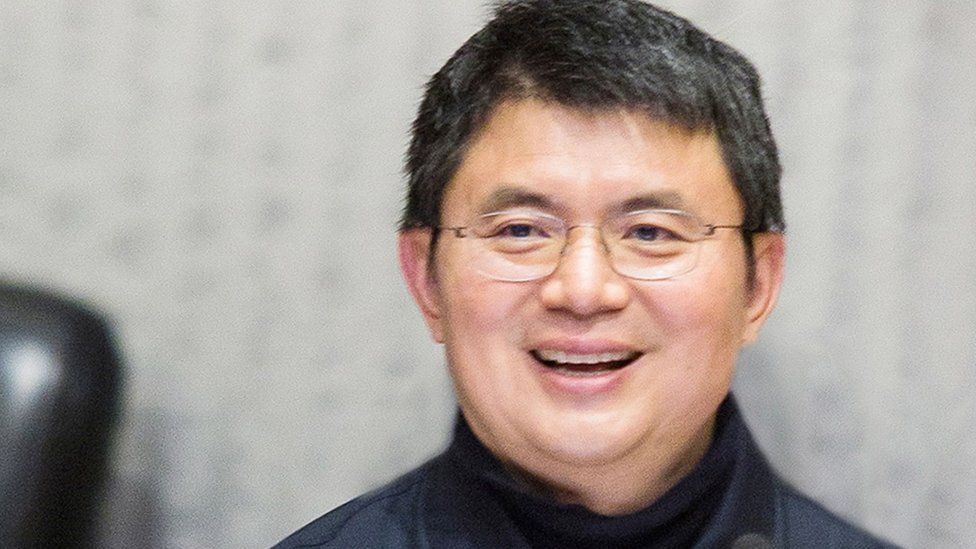 A Chinese-Canadian billionaire has been sentenced to 13 years in prison in China and his company fined more than $8bn (£6.7bn).

Xiao Jianhua and his company Tomorrow Holdings were charged with embezzlement and bribery, a court in Shanghai said.

Xiao – one of China’s richest people – was last seen being whisked away from a luxury hotel in Hong Kong in 2017.

There had been no official word from him since, until the Canadian embassy said in July he would be facing trial.

The trial was said to have started on Monday.

Xiao and his firm were found guilty of “illegally absorbing public deposits, breaching trust in the use of entrusted property… [and] illegal use of funds,” a statement from the Shanghai court quoted by AFP said. It also said Tomorrow Holdings was guilty of the “crime of bribery”.

It added that Xiao and his firm had “severely violated the financial management order” and “hurt state financial security”.

The court said Xiao and his company had pleaded guilty and had cooperated with authorities and so their punishment was mitigated.

In July, the Canadian embassy said its diplomats had been denied access to the trial.

Asked on Friday about Xiao’s right to access Canadian consular services as a Canadian citizen, China’s foreign ministry said China did not recognise dual citizenship and so Xiao was not entitled to such rights.

Xiao reportedly had close connections to the upper echelons of the ruling Communist Party, including to President Xi Jinping’s family.

By 2016, his net worth had grown to an estimated $6bn (£4.7bn) according to Hurun Report, a ranking of China’s wealthiest people.

In 2017, Xiao was whisked away from the Four Seasons Hotel in Hong Kong, where he was understood to have been living at the time.

His family filed a missing person’s report with Hong Kong authorities after he disappeared, but withdrew it a day later, saying they had “regained contact” with Xiao.

Hong Kong police said surveillance footage at the scene showed Xiao did not leave the hotel under duress, but refused to release the footage.

Xiao later issued a statement that was run on the front page of a popular newspaper saying he was receiving medical treatment abroad. He also praised the “rule of law” in China and said that he had not been kidnapped and taken to the Chinese mainland.

His company also released statements on his behalf saying he was fine, though these were later removed.