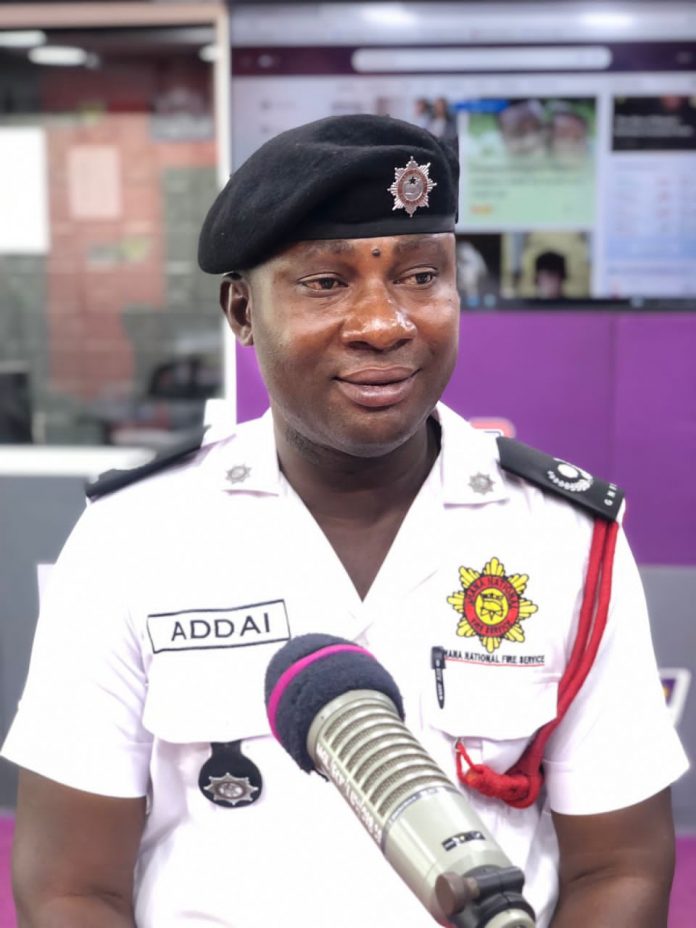 Public Relations Officer (PRO) of the Ghana National Fire Service of the Ashanti Regional Command, D.O. III Peter Addai, has said the Ashanti Region has recorded 14 lives lost to fire incidents since the beginning of the year.

According to him, the occurrences took place due to the weather conditions experienced lately.

“We recorded a lot of bush fires because of the worse weather during the early part of the year. The bush fires we recorded increased but the rest of the fire incidents are actually coming down,” he stated.

“From March down to today, the fires have reduced. After the harmattan season, we are recording a downward trend and we are putting in measures to ensure the downward trend continues,” he added.

The figures, he said, represent more than a hundred percent increase from the figure recorded in the first half of 2021, which recorded five cases of death.

He further stated: “We actually recorded higher numbers because people were phoning in after we embarked on a public sensitisation.”

The PRO mentioned that the recent incident of a pregnant mother and her two male children dying in their torched home at Ohwim brought the total fire death cases to 14.

The regional fire and police commands have since launched investigations into circumstances leading to the cause of the fire.

The fire unit, however, bemoaned the accessibility of fire hydrants distributed across the region.

Mr Addai revealed that the immediate environment of the fire incident at Ohwim lacked a hydrant, forcing fire tenders to call in for more support.

“Even though the tenders went with water, they needed more because the house was well alight. We called in for assistance and the Breman station also went to join them to be able to fight the fire,” he noted.

“The immediate environs of the place where the emergency happened does not have a fire hydrant around there so we had to move our tanks there to be able to get water,” he added.

However, he said the Fire Service is in talks with the Ghana Water Company to help install more hydrants in the region to effectively respond to fire incidents.

“In developed countries, we realise that in every 100m there are hydrants installed along major routes but over here, we don’t have it like that,” he indicated.

Meanwhile, the command has contacted the Ghana Water Company Limited which they have promised to install more.

According to him, a few hydrants have been installed and are making use of it but wishes to have more to fight fires effectively.

“For those in remote areas, we’ve created boreholes to connect them to big tanks where we can pick water from. So that’s the alternative arrangements we’ve made for places in remote areas,” he said.