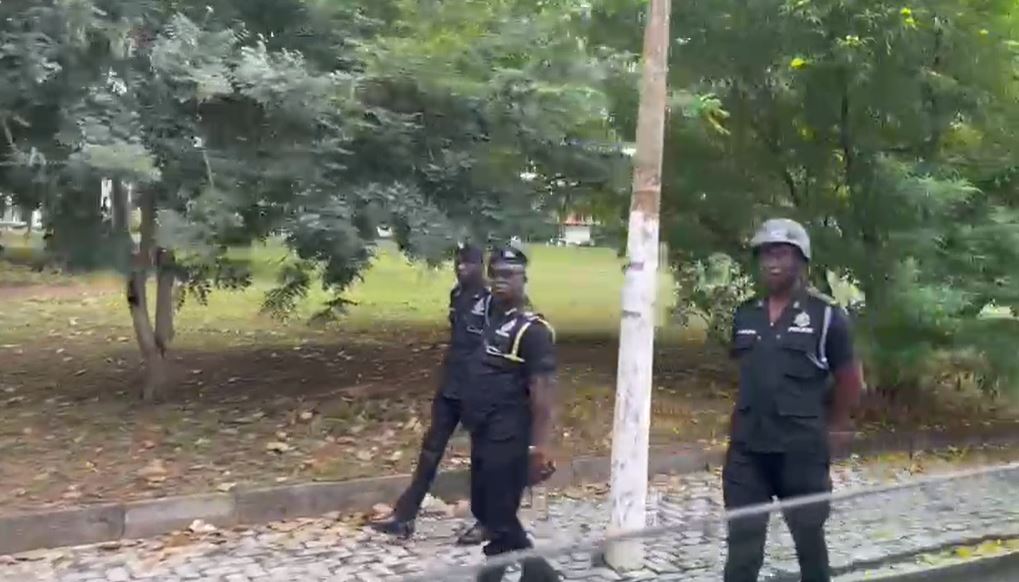 Authorities of the University of Ghana have deployed armed Police personnel on campus.

This is in reaction to a protest by students resident in the Commonwealth Hall of the University.

The students embarked on a demonstration on Tuesday to protest the decision of the University’s Council to relieve their Hall Master and Senior Tutor of their duties.

According to the university authorities, the deployment of the security personnel is to prevent reprisal attacks amid mounting tension on campus after it announced the decision to suspend the two officials.

After their suspension, the Vandals accused the Management of the University of taking sides in the case.

“We think the authority took a cursory look at the issue, they did not pay much attention to it. For sanity to prevail and for peace to come back, the right thing must be done,” one of the residents told Joy News.

Clad in red attires, the agitated students converged at the forecourt of the all-male hall to demand the reinstatement of their Hall Master and Senior Tutor with immediate effect.

The Management of the school came to a conclusion to suspend the officials of the Commonwealth Hall, following the clash between the Vandals and the Vikings of Mensah Sarbah Hall, which occurred on August 5th.

The University Management blamed the two hall officials for supposedly being reluctant to fish out the students responsible for the fight which led to the destruction of property on campus.

“These officers should, therefore, in the interim, be relieved of their duties while management works with the security services to investigate the clashes, and works towards finding lasting solutions to the tensions between students of the two halls,” Management said.

The decision was taken by the University Council at its meeting over the disturbance held on Thursday, August 11.