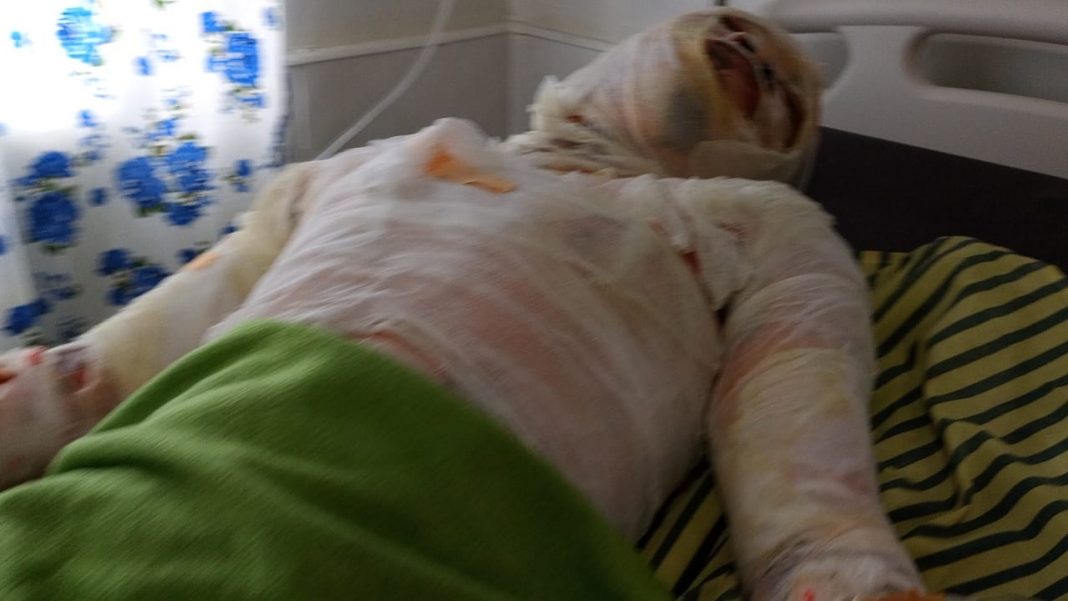 Four persons are reported dead while three others, including a reporter of Ke Fm, are battling for their lives after a gas explosion at Kpassa in the Nkwanta North District of the Oti region.

Seth Kwaku Mensah Akroboto a reporter and morning show host of Ke Fm and six others were scourged by the flames of the gas explosion that happened in their home on Saturday, August 6, 2022.

Details from the Manager of Ke Fm, William Laportey indicated that the said explosion emanated from a leaking gas cylinder in the compound house and affected seven people including the landlord and his wife, a nurse, and other occupants. The fire destroyed the house and the personal properties of the victims.

Kwaku Mensah Akroboto, popularly known on radio as KMA, and the landlord were transferred to the Burns unit of the Korle-bu Teaching Hospital (KTH) at Accra in the Greater Accra Region.

One victim was sent to the St Joseph’s Hospital at Nkwanta in the Nkwanta South Municipality while the last victim is receiving treatment at the Somaca Clinic at Kpassa.

Ten days after the explosion, four out of the seven victims lost their lives. They include the Landlord who was at Korle-bu, his wife and another victim at TTH and the nurse at KATH.

The rest who are still battling for their lives are the reporter, KMA, the victim at St Joseph’s Hospital, and the one at Somaca Clinic.

Residents and relatives of the explosion victims have been in a state of sorrow and distress as they raise funds to support the victims.

He thanked all who have contributed in any way to support the recovery of the surviving victims. He appealed to all to emulate the gesture as the cost of treatment was overwhelming.

Meanwhile, the Ghana Journalists Association through the Volta/Oti branch has sympathized with the victims and their families and wished them a speedy recovery.

The Association has therefore appealed to the media in the Oti and Volta regions to use their platforms to help raise support for the victims.