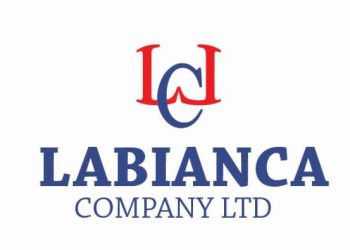 President of the Chamber of Freight and Trade, Dennis Amfo Sefa feels that corruption allegations levelled against Labianca Company are not situated within the law.

He opened an argument in favour of Labianca during a panel discussion on Citi TV’s current affairs program The Point of View on Monday, August 15, 2022.

According to Dennis Amfo Sefa, the Advance ruling of the Customs Act 891 which is in line with measures put in place by the World Trade Organization spells out three key modalities which are decline, approve or vary an application.

He refuted claims which suggest that Labianca did not apply for this opportunity throught the relevant provisions of the Act.

“The law allows for three things to happen, provided you present the required documents. Every member of WTO has advance ruling in their customs Act. Essentially, the laws allow for anyone to access advance ruling.”

The bone of contention appears in paragraph 4.5 of the OSP report where Labianca with one other company applied for advance ruling between 50-80% but was later varied to 5-10% by customs.

“If per your own report, you say they submitted an application, that is why I am saying we are getting it all wrong,” he reiterated.

Dennis Amfo Sefa cited letters signed by Commissioner Cresentil on 20th February 2018 which gave an advance ruling to a Lebanese company to the tune of 12%. He contextualized it and maintained that the laws allow for it.

The Council of State member, Eunice Jacqueline Buah Asomah-Hinneh, who owns Labianca Company, was accused of allegedly using her position to get a favourable decision from the Customs Division of the Ghana Revenue Authority, leading to a reduction in her company’s tax liabilities. The Special Prosecutor has since recovered GH¢ 1 million from Labianca.

The money was recovered as a shortfall of revenue arising from the issuance of the unlawful customs advance, meant to be duties paid to the state following the importation of the frozen foods