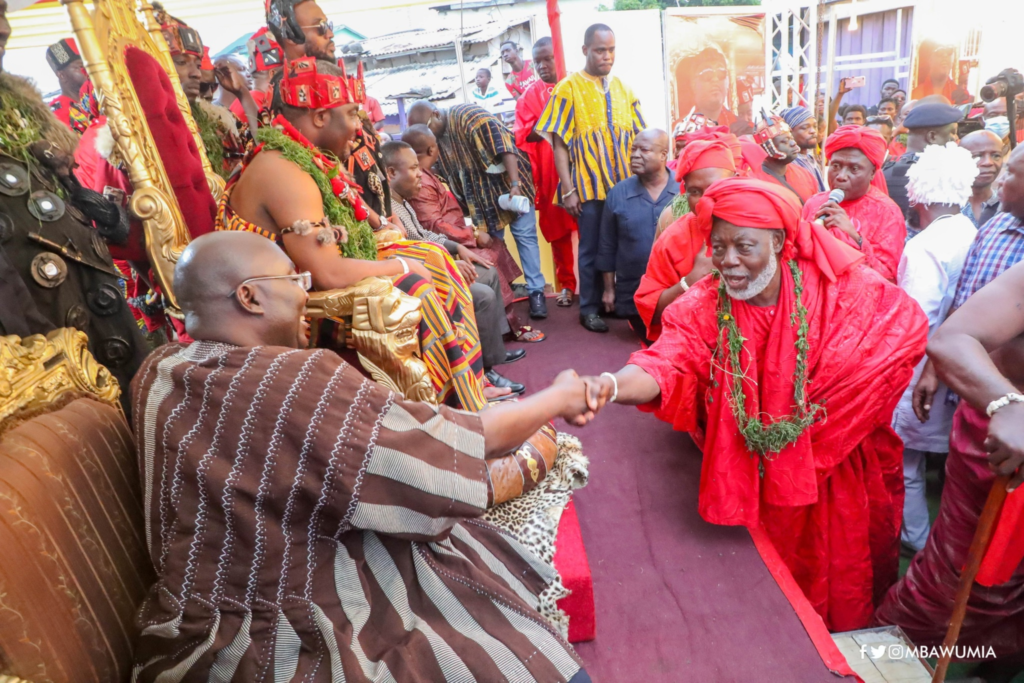 The weekend, the people of Ga Mashie took their turn in the Homowo festivities for this year.

The streets of Jamestown were filled with the beating of the Odadaoo drums by the Gbese Mantse, as the townsfolk and tourists alike trooped the principal streets with excitement.

Dignitaries from across the country have visited the various durbars, including Vice President, Dr Mahamudu Bawumia and former President John Mahama.

The special traditional meal, ‘Kpokpoi’ and palm nut soup was cooked and sprinkled all across the municipality as custom demands.

It forms part of the rich Ga tradition to hoot at hunger (meaning of Homowo) to symbolise the historic victory of the people over famine.

The people of Nungua begin the celebration, followed by Lante Dzan We Clan, then Tema, Ga Mashie, La, Osu, Teshie, Kpone, Prampram and Ningo in that order.

The Ghana Dance Ensemble also performed at Sempe We amid the Homowo celebration.

This ritual performance above was to announce the presence of Sempe Mantse, Nii Otintor II.

Another activity was the Twins Yam Festival as some individuals were paraded on the streets.

The centuries-old Homowo festival has become a uniting force among the Ga people.