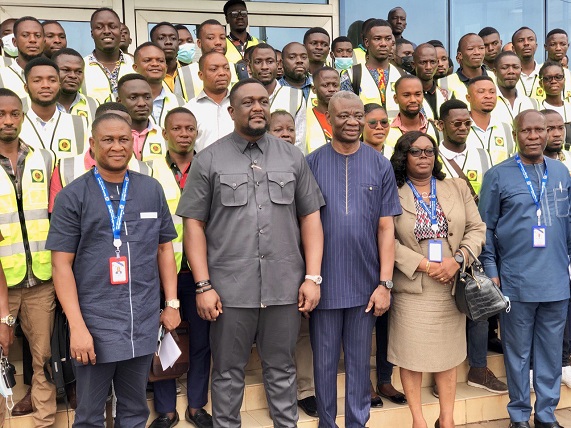 THE ELECTRICITY Company of Ghana (ECG) on Monday launched a revenue protection visibility and meter auditing programme as part of efforts to protect the revenue streams of the power supplier.

The programme seeks to reduce ECG’s revenue losses, which is often as a result of shortchanges through illegal connections and meter bypasses.

The Managing Director of ECG, Samuel Dubik Mahama, who launched the programme, said ECG has gotten to the point where it has to recover the power that it puts into the system, indicating that “whatever power we sell out, we should be able to get our money back.”

He said there are a lot of activities going on as far as power supply and use was concerned, stating for example some customers who bypass meters, use power without paying, while others pay small amounts of money because they have tampered with their meters.

“We know that people even in building their homes, bypass the meter through their building structure itself. We need to find all these things out and get the people of Ghana paying their electricity bill so that ECG can grow,” he said.

He said offenders would be given 48 hours within which to write to any of the regional or district of offices of ECG, a failure for which they will be prosecuted for the offence of stealing.

“ECG reserves the right to prosecute anyone, but it is also about collecting our money and people doing the right thing to the amount of power that they consume. Anybody who self-reconnects without our knowledge, that will be very unacceptable and that person is also punishable by a charge of stealing and also illegal connection,” Mr. Mahama added.

He advised the revenue protection visibility team to be professional in their conduct, and urged them to make themselves and their ID cards very visible and also announce their presence to ensure that armed robbers or unscrupulous characters do not use the exercise to get access to people’s homes.

The Regional General Manager of Accra East, Ing. Bismark Otoo, said the Legon District has about 115,700 customers made up of 100,000 prepaid customers and about 15,000 post-paid customers, and generates about GH₵7 million every week to the revenue basket of ECG.

He was hopeful that the launch of the programme will increase the revenue collection of the district within the shortest possible time, adding that “We are going to make sure that it succeeds so that the exercise is spread and deployed to all other operational areas of ECG, and this we are going to ensure happens within the shortest possible time.”