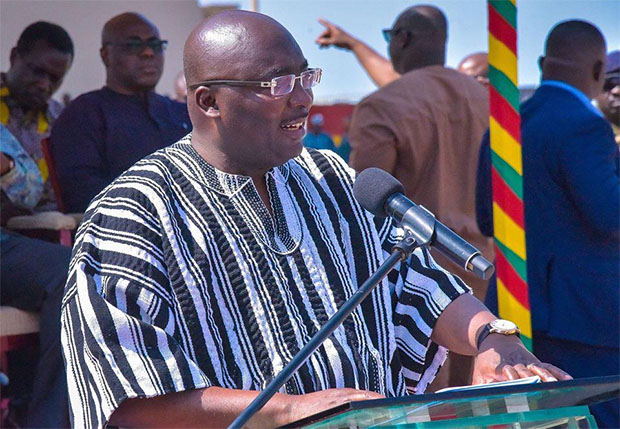 Two school mates of Dr Mahamudu Bawumia have corroborated the Vice President’s statement that he was a member of the Methodist Boys’ Brigade at his early age in primary school.

The Vice President when speaking as a guest at Evangelical Presbyterian (EP) Church 125th anniversary, made a case for religious harmony and diversity.

He revealed that though a Muslim in primary school he joined the Methodist social club, the Boys Brigade.

This comment sparked a lot public uproar, especially on social media with a section of Ghanaians, especially supporters of opposition National Democratic Congress (NDC) saying, Bawumia was only throwing dust into the eyes of the Christian community for possible future votes.

However, in two separate viral videos, Samuel Kwesi Ankamah and Rajah Ishmael, two of Bawumia’s childhood friends have confirmed the comment made by the Vice President.

According to them, they were members of the brigade with him at the Sakasaka Primary School in the Northern Region.

“I want to confirm that Dr Mahamudu Bawumia was a boys’ brigade member,” Ankamah, who is now a retired public servant stated.

He added “When we were kids he joined us at the Methodist Church in Tamale. He was with the juniors. He is a unifier and does not discriminate among religions.”

Giving further details, Ishmael said he was part of those who convinced Bawumia’s mother to pay for the brigade’s membership fee for her son.

“We were tight friends in primary school. I happened to be a Methodist and I joined the boys’ brigade. One time we were marching through town and he saw us and he was really excited,” Ishmael recalled.

“So, he (Bawumia) expressed interest and asked me to talk to his mom. So, I came over and she had no reservations at all. She gave us the money for the uniform and the membership. Bawumia then got enrolled,” he mentioned.