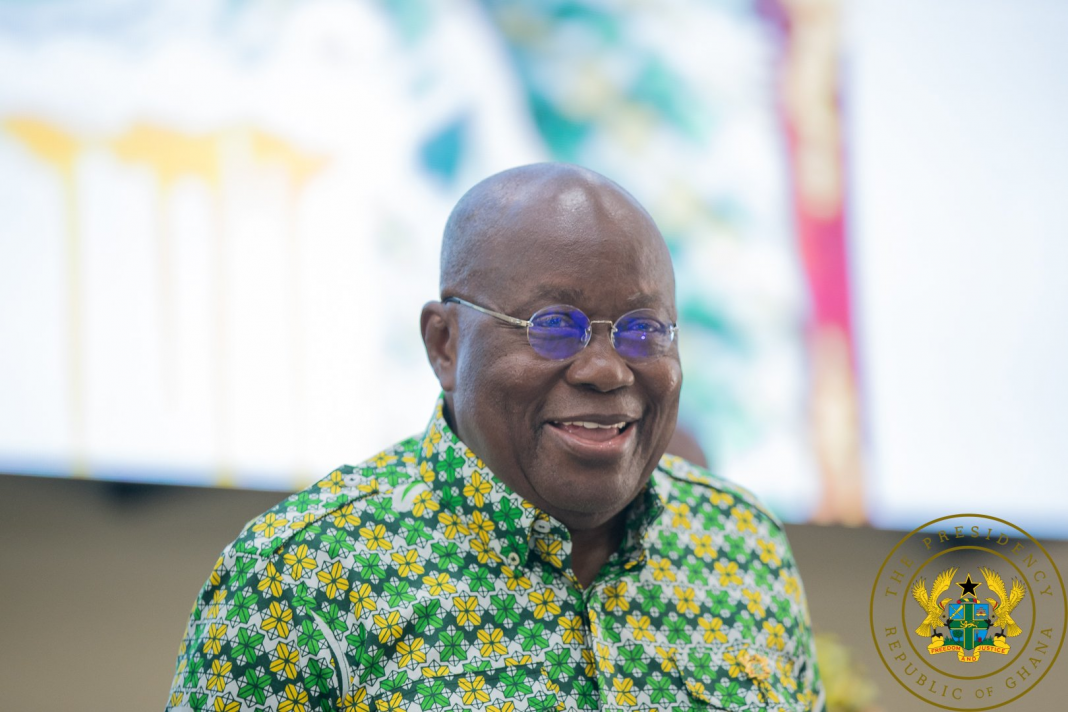 He said the government considered education the pathway to opportunities for all and would sustain programmes and initiatives through a blighting world economic situation.

The President was addressing the grand durbar of the 10th anniversary celebration of the University of Health and Allied Science (UHAS).

“Government will not renege on its commitment to provide quality education equal opportunities for this generation. The government will continue to intervene and make available resources for the provision of quality and free basic and secondary education.

“Education should be a right which all of Ghana’s youth can benefit. Education is the equaliser of opportunities. I want every child to attend school, not only for what they learn from books, but for life experiences.

“I want each of them to look into the mirror every morning and know that they can achieve everything they dream of. I want them to be confident that what they study is relevant to the world of today and of tomorrow,” he said.

President Akufo-Addo celebrated the achievements of the University through the period, and praised the foresight of late President Prof Atta Mills, which led to its establishment.

“Atta Mills’s progressive vision led to the setting up of this University,” he noted, and commended the University for straying true to its mandated path.

“UHAS has come a long way, and is bigger than it was envisaged,” he said while expressing gratitude to the Chinese government for powering its establishment.

The President also paid glowing tributes to the founding entities of the University and encouraged the Management to sustain the dedication to duty on which it was built.

The durbar was on the theme ‘The Role of specialised Universities in National Development.’

UHAS was celebrated for speedy advancement; growing student population from 154 to over 7,000 within the period, while graduating over 5,000, including hundreds of medical doctors.

Ten of its 10 Schools had been established, postgraduates programmmes progressed, and the University had enjoyed top rankings both locally and internationally.

Professor John Owusu Gyapong, Vice Chancellor, said UHAS was established through collective effort, noting the support of traditional leaders in the Region and other stakeholders contributed.

He said efforts at establishing the various schools and programs progressed, and that products of the University bore the marks of quality training.

“We are not just graduating students, but the quality of students we are graduating is remarkably high. Today, UHAS is a housed brand, and everybody wants to be associated with UHAS now.”

The Vice Chancellor used the occasion to draw stakeholder attention to the numerous infrastructural needs of the University, which he said affected student population growth.

“We need the right infrastructure to double our intake,” he said, and mentioned specifically, a mega central laboratory complex, and the school of public health at Hohoe, progress of which had delayed for funding.

Prof. Gyapong added, however, that the University endeavoured to stay on its mandate as captured, sealed in the Act of Parliament that established the institution.

“We have remained focused despite our challenges. UHAS is in good state today, we have been focused and avoided mission creep.”

Present at the durbar were past and present leadership of the University, Members of Parliament from the Region, sector ministers, and traditional leaders.

The President cut the anniversary cake and inspected works on phase two of the development of the University’s main campus – a 60-million-dollar Chinese investment that would provide physical academic environment for the UHAS School of Midwifery, and the University’s central administration.

It is currently progressing past 30 per cent.

President Akufo-Addo also commissioned a newly completed hall of residence, named Sokode Hall after the community hosting the main campus of the University.