Here Are Regrettable Errors You Can Avoid Today

8 dead, others sustain injuries in accident 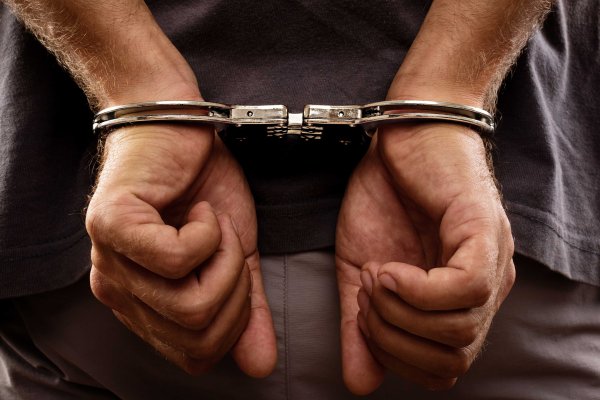 Accra, June 22, GNA -   An Accra Circuit Court has granted a GH¢100,000.00 bail with three sureties to a building technician who allegedly defrauded a lecturer of GH¢165,096.
04 under the pretext of securing him 18 plots of land.
The Court, presided over by Mr Samuel B. Acquah, ordered that all the sureties should be residents within the jurisdiction of the Court, adding that one of the sureties should be justified with a landed property valued GH¢100,000.00 whilst the rest should be civil servants who earn not less than GH¢3,000.00.
Nii Armah Ashiboye also known as William Armah Boye, has pleaded not guilty to defrauding by false pretense, having no land title and having no authority to sell the pieces of land.
He is to make his next appearance on July 6, 2022.
Police Chief Inspector Agartha A. Asantewaa told the Court that Dr Kwabena Frimpong Manso Opuni, the complainant, is a lecturer at the University of Ghana Legon.
The accused person is a Building Technician/Surveyor at Tema and in April 2021, the complainant met the accused person at Saasabi near Appolonia City through his friend, who asked the accused person to pick coordinates of a piece of land the complainant had purchased.
She said during their encounter, Boye told the complainant that he had 18 plots of land he was offering for sale at the cost of GH¢600,000.00 at Saasabi which the complainant agreed to buy for a school project.
Prosecution said the complainant visited the land together with the accused person for inspection and as the complainant was performing due diligence on the land, the accused with intent to defraud, quickly requested for a part payment of GH¢300,000.00.
Chief Inspector Asantewaa said the complainant rather paid GH¢ 165,096.04 in the form of GHC10,000.00 cash, cheques on various dates totaling GH¢149,096.04 and US$10,000.00.
The Court heard that the complainant later realized that the land in question did not belong to the accused person having conducted a search at the Lands Commission, thus, he confronted the accused person for his money but to no avail.
She said on November 17, 2021, the complainant reported the case to the Police and during investigation, the accused denied the allegation leveled against him and insisted that the said land belonged to him.
Police Chief Inspector Asantewaa said investigation at Saasabi where the land was located established that the land was a stool land, adding that Boye is a family member but could not sell the land without the knowledge of the Chief, Nii Ashitey Saasabi II.
The Chief, Nii Ashitey Saasabi II, a witness, told the Police that the said land had been under litigation with the people of Oyibi since 2006 and that in June 2015, he won the case and only four acres was apportioned to the accused but not 18 plots as he had sold, the Court heard.
Prosecution said the witness reiterated that he was not aware of any transaction between the accused and the complainant though he is a principal signatory to all documents in relation to lands at Saasabi.
Further investigation, Chief Inspector Asantewaa said, revealed that, currently there was a civil litigation ongoing on the said land between Apollonia City Development and the people of Saasabi pending at the Tema High Court.
She said investigation established that the accused person was aware of all these facts, yet he fraudulently sold the land to the complainant.
Prosecution said a search report from the Lands Commission also showed that the accused was not the owner of the land he sold and during Police investigation, the accused refunded GH¢13,000.00 to the Police.

Here Are Regrettable Errors You Can Avoid Today

8 dead, others sustain injuries in accident