Government must introduce interventions to support individuals and households 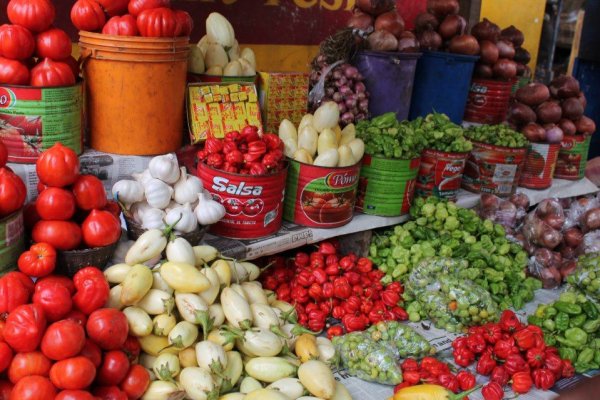 Accra, June 23, GNA – A section of Ghanaians have pleaded with Government, to introduce interventions that will reduce fuel prices and stabilise transport fares and keep food prices low.
They complained that the high cost of living emanating from the global economic shocks was affecting their daily feeding and upkeep of households thereby compelling them to skip meals for survival.
A random survey carried out by the Ghana News Agency in some parts of Accra indicated that apart from high cost of foodstuff that was overburdening households, high transportation fares resulting from the hikes in petroleum products were also inimical.
As a result, some of them claimed they were skipping meals to make ends meet.
Mr Michael Twumasi, a young man employed by an Insurance Company, recounted how he was compelled to eat twice a day, down from the three times he used to before the year began.
He said because his salary was unchanged, he had to re-adjust to the system by skipping a meal to be able to carry out his daily activities.
Mr Ebenezer Asante Boadu, a public Servant said the sharp increase of food stuffs and other goods and services had compelled him to reduce his daily budget, what he spent on food.
Ghana’s headline inflation rate rose sharply in a period of 12 months— from 7.8% in June 2021. It rose to 27.6% as of May of 2022—driven mainly by food, housing, and fuel inflations rates.
Beginning January of 2022, fuel prices have been increased many times.
The high prices of food also caused many to question the impact of the government’s flagship Planting for Food and Jobs programme in which Government initially made GHC700 million budgetary allocation for the PFJ, and again got $1.2million support from the Canadian government since 2017.
In response, Minister for Food and Agriculture, Dr Owusu Afriyie Akoto, attributed the cause of the high food prices to external factors, when he spoke to farmers during a recent official tour of the Eastern Region.
“There is no food shortage in Ghana as is being speculated; the food situations in the regions are enough evidence, however we recognize that food is relatively expensive due to external factors,” the minister said.
Prince Asare, an Okada operator told the GNA that he could no longer afford three square meals a day attributing the situation to fuel price increment
He told the GNA: “I now eat one heavy meal in the morning, which sustains me throughout the day to save enough for fuel for my motorbike.”
Habib Usman a cleaner and a single mother of three who earns below GHS 400 a month said she could no longer afford transport fare from her home in Nima to her place of work at the Ministries in Accra Central and now walks from home to work from Monday to Friday.
For her, the fuel prices which brought about a sharp rise in food prices had inconvenienced her young family as they were forced to stick to one meal to save enough for her kids’ school and monthly rent for their single room.
“At first, I used to buy a bowl of banku for GHS 2.00, but now this is no longer the case. I now buy GHS 5.00 to eat before i feel satisfied,” he explained.
Christabel Akorfa Amuzu, a wife, mother and Public servant said she had totally forgone the habit of impulse buying to focus on essentials which included food.