Astro turfs, buildings taking over places of shelter in times of earthquake 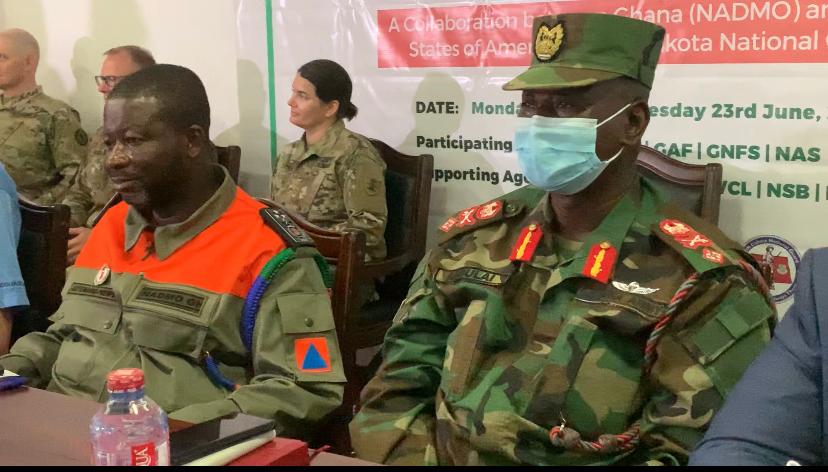 The Director-General of the National Disaster Management Organisation (NADMO), Eric Nana Agyemang Prempeh, has revealed Ghana’s capital, Accra is losing out on open spaces to serve as shelter if an earthquake should strike.

According to him, some Astro turfs and buildings have been sited in places where tents can be mounted to temporarily host people should there be any search disaster in Accra.

In view of this, he has asked chiefs and the assemblies to monitor such edifices going forward to pave way for emergencies.

He made these revelations at a four-day Earthquake Simulation Exercise dubbed Lignite Coast Preparedness 2022 Shikpon Wosomo in the Greater Accra and Volta region.

The exercise is being held in collaboration with the North Dakota Emergency Services from the United States to test Ghana’s preparedness for earthquakes.

The Director of Emergency Services and North Dakota Adjutant General, Major General Al Dohrmann, also urged the public to follow fallout from the exercise to help in the awareness creation.

He stressed disaster is in a very complex form and everyone needs to come together to support to reduce its effect, hence their presence in the country.

The exercise is underway at the NADMO headquarters in Accra, Tema fishing harbour, and the Trade Fair Center among others.

Meanwhile, the Jubilee House, Parliament and Kotoka Airport have been identified as earthquake danger zones.

Also, Korle-Bu Teaching Hospital 37 Military Hospital, Ridge Hospital and the Police Hospital as well as the headquarters of major security service, according to NADMO, are all situated in the earthquake danger zones.