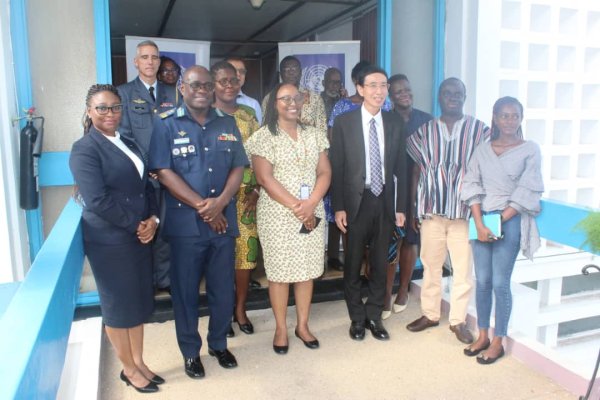 Accra, May 27, GNA – The West African Sub-region has made strides in counter terrorism through a one-year project, dubbed: “Strengthening Response Capacities of State and Civil Society Actors in preventing and Countering Terrorism and Violent Extremism in Coastal States in West Africa.
The project has contributed to strengthening the capacities and enhancing knowledge of 81 state and civil society actors on the project.
They are from Benin, Togo, Ghana, Cote d’Ivoire and Burkina Faso to respond to threats of terrorism by promoting inter-agency collaboration and intelligence sharing.
Air Commodore George A. Dadzie, the Deputy Commandant, Kofi Annan International Peacekeeping Training Centre (KAIPTC), said it was funded by the Government of Japan through its Japan Supplementary Budget Fiscal year 2020.
The project was implemented by the United Nations Development Programme and the KAIPTC from March 2021 to March 2022.
Speaking at the end of the project in Accra, Air Commodore Dadzie said it had created the opportunity for networking among the stakeholders and contributed to knowledge on the nature of terrorist and violent extremist activities in the region to guide policy formulation.
Two training courses were organised in Ghana and Burkina Faso with consultative meetings in three of the five countries to seek input and buy-in from stakeholders to enhance implementation.
It was followed by a Learning Design and Development Workshop at the KAIPTC in September, 2021.
Air Commodor Dadzie commended the Japan Government for its continuous support, stressing that over the past years, the partnership with Japan had contributed to capacity development of civil society actors on projects including the Small Arms and Light Weapons Programme.
Dr Angela Lusigi, the UNDP Resident Representative, said the landscape of violent extremism in West Africa had grown exponentially, spreading across the region and undermining human security.
Thousands have lost their lives, and millions are displaced in Mali, Niger, and Burkina Faso. 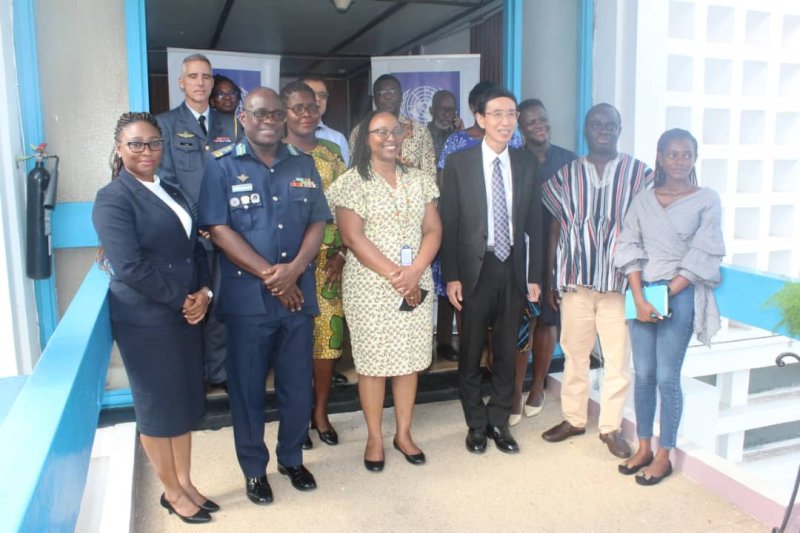 Up to 1.8 million people have been displaced by the violence in Burkina Faso since 2016, with current reports of attacks in coastal states like Cote d’Ivoire, Togo, and Benin.
Those threats, she said, put the economic, social, political and environmental gains made towards the achievement of the Sustainable Development Goals at risk.
“At UNDP Ghana, we are working with communities to build capacities for more effective early warning and response. By strengthening social cohesion and reducing the vulnerability of women and youth, we believe that Ghana will be better positioned in the fight against terrorism and violent extremism,” she said.
Mr Hisanobu Mochizuki, the Ambassador of Japan to Ghana, said Japan stood for international cooperation and solidarity in fighting terrorism and had supported countries to prevent and eradicate violent extremism.
He urged beneficiaries of the project to impact positively on the fight against terrorism and violent extremism.