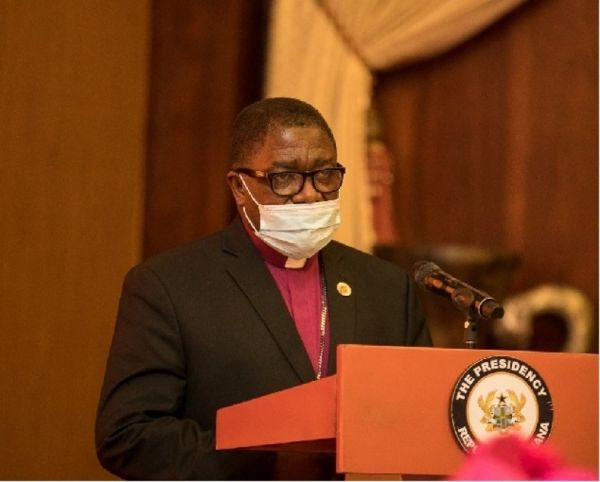 The comment of the bishop follows criticisms from sections of the public on the supposed indifference and or quietness of the clergy especially under the Akufo-Addo led administration.

According to the critics, the religious leaders in the erstwhile John Dramani Mahama government were very vocal and became the “voice of the voiceless” but that under the new administration that changed.

In an interview with the media at the palace of Nene Tetteh Djaba Ablezee IV when the leadership of the church paid a courtesy call on the chief at Plau a suburb of Somanya, the presiding bishop admitted that, they are aware of the challenges and hardships of the citizenry.

“We embark on missionary works in communities across the regions of the country; we use the bad roads, we interact with people who are dealing with economic crisis, the high rate of unemployment among others, so we know the challenges of the Ghanaian.”

“Whenever we have the opportunity, we speak concerning these things; what the government can do to ensure the well-being of the people. We engage the government on policy issues because we travel to places and experience the sufferings of people and relay them to the authorities.”

He added that, Ghanaians expect religious leaders to come out publicly to share their opinion on the crisis affecting the country but “there are many avenues of addressing those concerns”.

He therefore stressed that the leadership has a strong relationship with the government which makes it easy to lay the concerns of people before the President, even behind closed doors.

“Not that we don’t talk we talk” Most Rev. Dr Boafo stated.

Meanwhile, he has urged other institutions to also support with their little resources to reduce the burden on government.