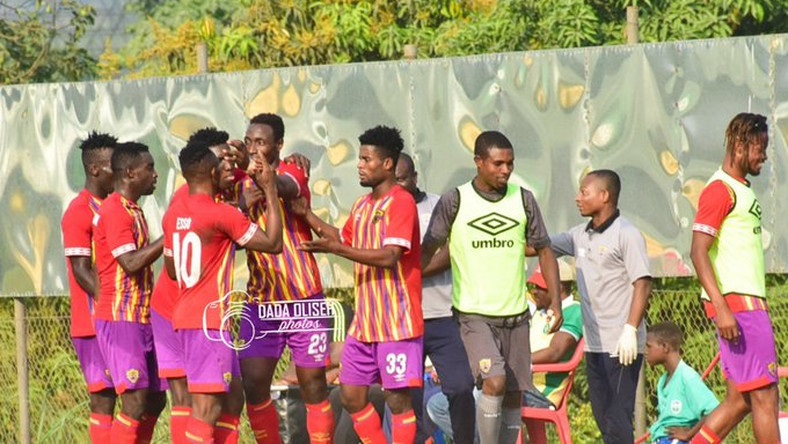 The Ghana Health Services (GHS) has recommended to the Ghana Football Association (GFA) to suspend all football games involving Accra Hearts of Oak Sporting Club following outbreak of unknown illness among players of the team.

This follows a meeting held between the two bodies in connection with the outbreak in order to curtail any further spread and ensure that the players recover fully and participate in the ongoing league.

In a statement signed by Dr. Anthony Ofosu, Deputy Director General of GHS said this is to enable his outfit to conduct investigations in line with its mandate to protect the public from all health hazards including disease outbreak.

Players and Staff of Accra Hearts of Oak will undergo another round of tests on Tuesday after several members of the team came down with a severe flu which prompted the intervention of the Ghana Health Service.

The GHS in the statement to confirm their preliminary investigations revealed the outbreak of an H3N2 virus, a type of Swine Flu and subsequently recommended a 7-day isolation for the affected players and staff.

Communications Director of Hearts of Oak, Opare Addo said tomorrow’s tests will determine whether they have been cleared to resume training.

“The next test is on Friday morning at 10am, and after that, depending on the results, the Ghana Health Service will advise us on the next line of action.