Policy Failure, Cause Of Food Shortage In Ghana – GAWU | Social 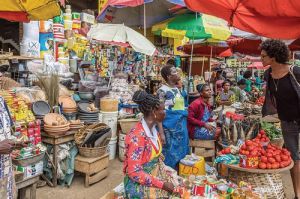 The General Agricultural Workers Union (GAWU), Ghana Trade Union Congress (TUC) has cited the failure of successive governments to implement policies to address challenges in the agricultural sector as the cause of the current food shortage in the country.

He said there were no steps taken to find amicable solutions to them, and the sector was still suffering.

In an interview with the Ghana News Agency in Tema, Mr. Kareweh attributed the cause of low production to the unavailability of fertilizer at the time it was most needed “as late as last July, there was no fertilizer for farmers to use on their farms.

“The ministry itself came up and sounded an alarm that the planting for food and jobs was collapsing operational challenges, which delayed the payment for the previous year’s fertilizer supplies and the suppliers were reluctant to supply to the Ministry of Agriculture,” he stated.

Mr. Kareweh said there was also a heavy flood in the Upper West Region, which destroyed many farm produce and livestock last year.

The GAWU Secretary also mentioned that external factors like that of the Bagree Bagre Dam in Buki which spilled last year from Burkina Faso many farms in the Upper East Region because many lands were submerged in the water and destroyed farms, livestock, and human lives were also lost.

He called for a focused policy on improving the agriculture sector by addressing emerging issues and challenges with the goal of sustaining the sector for national development.

Mr. Kareweh said the agricultural sector played a major role in the socio-economic development of the country and the policy needed to consider how to build the capacity of the sector.

I save £500 a month working in UK; I won’t come back – Ghanaian-trained nurse