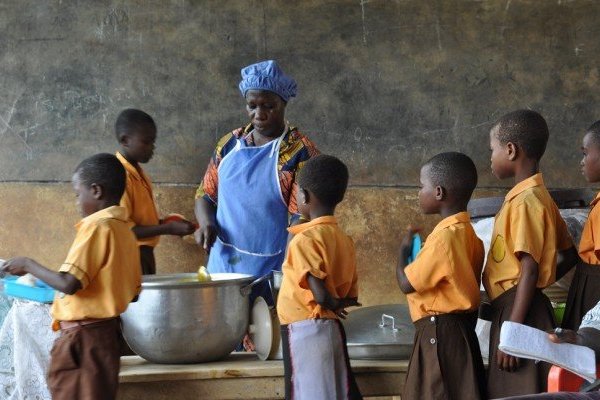 Ho, May 22, GNA – SEND GHANA, a subsidiary of SEND Foundation of West Africa has urged the government to heed to calls by school feeding caterers for increment in feeding grants, describing the demand as legitimate.
The organisation said the demand did not only resonate with the sentiments of many Ghanaians and even the School Feeding Secretariat, which had in recent years, asked government to increase the grant amount allocation, but that, SEND GHANA had also consistently called for an upward review of the feeding amount, taking cues from various factors.
A press release signed by Mr Siapha Kamara, Chief Executive Officer, SEND West Africa and copied to the Ghana News Agency said the organisation had keenly followed recent agitations and threats of strike action by the caterers over increment in feeding grant and unpaid arrears as well as ongoing negotiations between them and the government to address the impasse.
It said now that the caterers have started an indefinite strike action which in effect the organisation believed would have dire consequences on millions of school children, who relied on the school feeding programme to stay in school, it expected dialogue from major actors for a resolution in earnest.
“The School Feeding Programme holds a greater potential to accelerate Ghana’s progress towards the United Nations (UN) Sustainable Development Goals on hunger, poverty, and malnutrition.
It is, therefore, critical that government and stakeholders prioritise addressing issues affecting the efficient implementation of the programme while instituting sustainable measures to avert the possible recurrence of the same in the future.”
“SEND GHANA, respectfully urge the government to heed to the legitimate calls to address the grievances of the caterers in the interest and welfare of the over three million school children, who rely on the school feeding to be able to stay in school.”