346 terrorist attacks recorded in Africa in first quarter of 2022 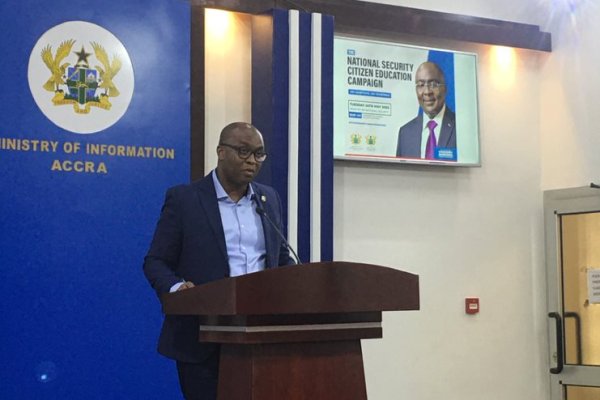 Accra, May 22, GNA—Mr Edward Kweku Asomani, Deputy National Security Coordinator, says within the first quarter of this year, the African continent has experienced about 346 terrorist attacks.
He said out of the recorded attacks, 49 per cent occurred in the West African Sub-region.
Mr Asomani said the figures indicated that the Sub-region had become a hotbed for terrorism and, therefore, necessary to create awareness on security consciousness among the citizenry.
The Security Coordinator said this during a media engagement in Accra on measures being taken by Government to combat terrorism.
He said Ghanaians needed to be vigilant because the nature of the threats was unconventional – did not involve Armoured Personnel Carriers (APCs) or fighter jets.
Mr Asomani said the threats came in many forms, such as, through one’s pastor in the church, a cleric in the mosque, individuals coming in as Civil Society Organisations purporting to do community work.
“Also we know that the terrorists want access to the sea. The nature of the various attacks we have also had in the Sub-region indicates that wherever they go there is some form of mineral or natural resource there, particularly gold. This shows that clearly, Ghana would be of interest and it means we are a target,” he added.
He said a study of the various attacks in the Sub-regions showed that the terrorists usually exploited existing fault lines such as ethno-religious conflicts, communities that felt alienated or had grievances towards authorities.
Mr Asomani, therefore, urged residents on Ghana’s borders not to fall victim to such situations and quickly report any suspicious individuals and activities to security authorities.
He said on Tuesday, May 24, 2022, the Ministry of National Security would launch the, “See Something, Say Something campaign,” to encourage Ghanaians to own their personal security, be aware and conscious of their environment to reduce the threat of any attack on the country.
The Security Coordinator said though Ghana had a robust security and intelligence architecture, their efforts would not yield much result without the support of the citizens.
He said the Ministry was on top of the situation and that there was not need for panicking.