‘Christmas-In-May’: The next Latif Abubakar drama that will knock patrons off their feet 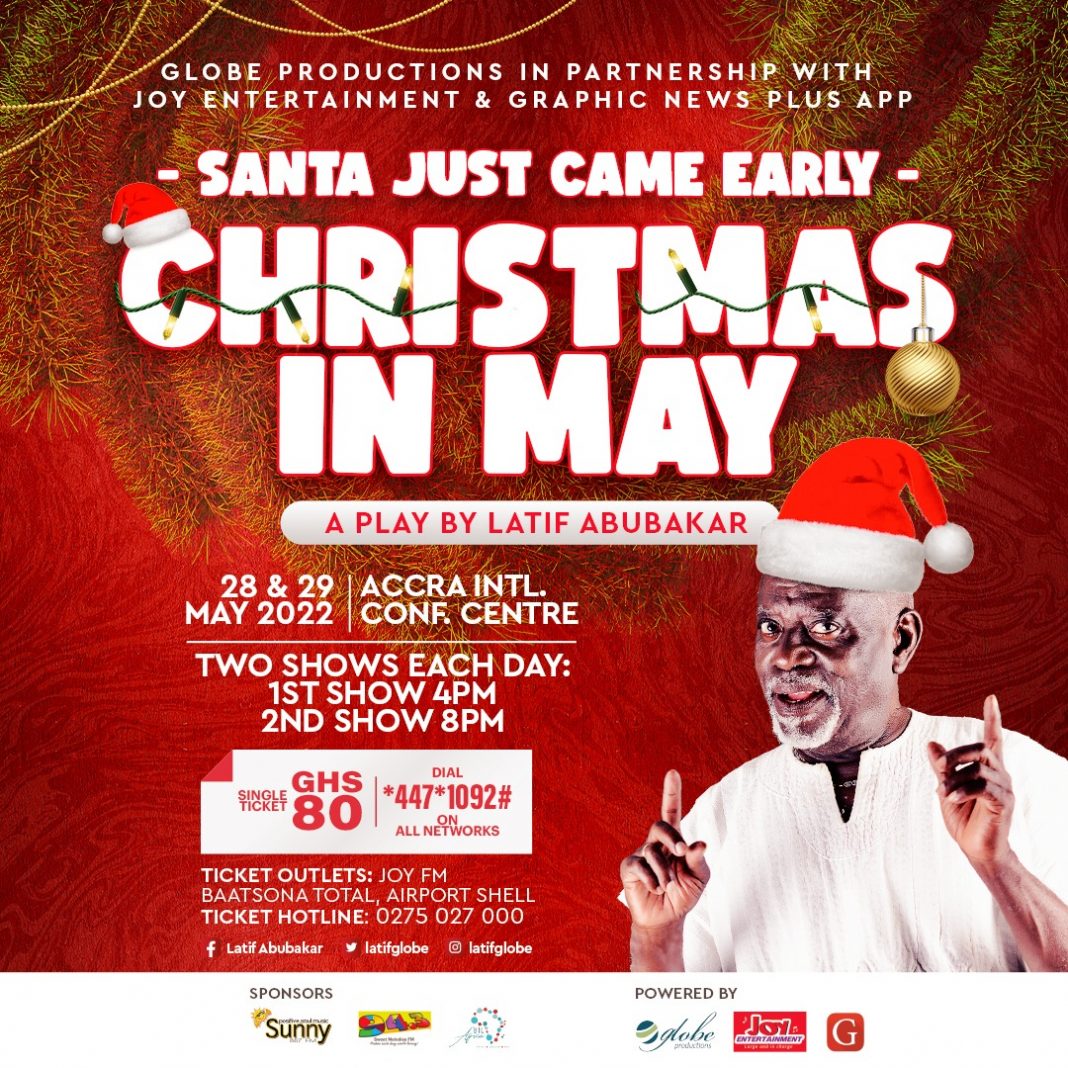 Playwright, Latif Abubakar’s Globe Productions are poised to thrill theatre enthusiasts with a play at the end of May.

The play which aims at educating patrons on issues affecting society will focus on child trafficking and child labour.

Titled “Christmas-In-May,” the play tells the story of four young adults in challenging times who were tricked into an unknown location, and their leader gets nabbed. They however managed to escape, only to run into another unknown.

Weaved with comedy, music and dance, the play would also reveal why Santa Claus is out here when Christmas is actually some seven months away.

When Santa Claus, also known as Father Christmas, makes an appearance way before the Yuletide, then there is something in the soup.https://b39de2cf292b89a9973caca37f09c5ae.safeframe.googlesyndication.com/safeframe/1-0-38/html/container.html

It means something unusual is happening and the play will unravel that mystery.

Mr. Abubakar said the growing interest of patrons and the positive impact of his plays on society have motivated the production team to continue with the tri-annual performances and regional tours.

“We hope to touch more lives in the years ahead with an improvement in the quality and hilarity of our plays,” he stated.

The play which is the 69th production of Globe Productions features Fred Amugi, Jeneral Ntatia , Abraham MacPratt Dadzie, Shelter Say, Bright Kekeli Djangmah and Samira Suhini Farouk. It will show on Saturday, May 28 and Sunday, May 29, 2022, at the Accra International Conference Centre at 4:00 pm and 8:00 pm respectivelyhttps://b39de2cf292b89a9973caca37f09c5ae.safeframe.googlesyndication.com/safeframe/1-0-38/html/container.html

Tickets for the play are on sale at the following venues; Airport Shell, Baatsona Total and Joy FM.  Alternatively, patrons can buy tickets via *447*1092# or call 0275027000 for details

Some of the plays that have come from the stables of Globe Productions include, Something Must Kill A Man, which focused on Teambuilding, I Can’t Think Far, which is about peaceful elections; Saints and Sinners which highlights the menace of galamsey; Men Don Die touches on road safety and Judas and Delilah centres on health and first aid tips.  Christmas-In-May is in partnership Joy Entertainment, BTL Africa and the Graphic News App.