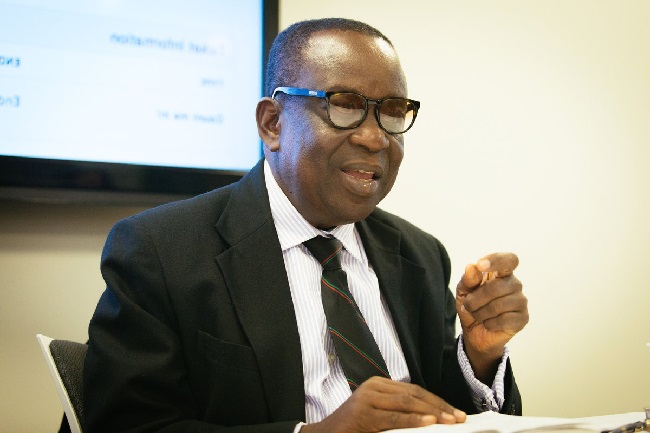 The Ministry of National Security has issued alerts of a high threat of terrorist attack on Ghana, making a strong appeal to the citizens for heightened vigilance in areas of mass gatherings, especially at public places of entertainment and worship centres.

In a statement issued yesterday and signed by the sector minister, Albert Kan-Dapaah, the ministry said many of Ghana’s neighbours had “unfortunately suffered attacks from the terrorist groups.”

On May 10, 2022, eight Togolese soldiers were killed and 13 wounded in a terrorist attack in northern Togo, which is seen as the first deadly “terrorist” attack in the country.

The incident was said to have occurred around 3am at a forward post of the Operation Kondjouaré, located in the locality of Kpinkankandi, and was allegedly carried out by a yet-to-be unidentified group, the Togolese government said in a statement.

The National Security Ministry continued that the activities of terrorist groups have spread from the Sahelian region towards the coastal West African states, noting, “Our immediate neighbours, Burkina Faso, Cote d’Ivoire and Togo have all experienced such attacks, and we have to recognise that our country remains a target as the security services work to keep us all safe.”

“The Ministry is making a strong appeal for heightened vigilance in areas of mass gatherings, especially at public places of entertainment and worship, such as churches and mosques,” the statement stressed.

It called for the employment of guards, security gadgetry and lighting of the areas of public gatherings, intimating that these would all help, but added quickly that “nothing beats the vigilance of each of us individuals, taking personal responsibility and looking out for each other.”

“This appeal is being made because there is good reason to believe that the terrorists operating within the region have Ghana as a target, and there is need to increase security measures and engage the public to be more careful,” the National Security Ministry posited.

It urged the managers of public places and gatherings to be extra vigilant, and reassured the public that the security agencies and all those charged with maintaining the security of the state are working hard to ensure the safety of the country and its people.

“We count on your continuing support in this endeavour,” the statement concluded.

Last week, the National Security Ministry cautioned churches against possible terrorist attacks, and said measures had been instituted to forestall them.

According to a similar alert statement, the Security Ministry said the measures included installation of Closed-Circuit Televisions (CCTVs) in churches, as well as engaging the services of accredited private security agencies.

“In view of the growing threats of terrorism from the sub-region and the expansionist drive of terrorist groups towards Coastal West African states, with a renewed modus operandi of targeting public gatherings, including places of worship, it is imperative that precaution measures are taken by all stakeholders,” the statement issued on May 13, 2022, said.

The West Africa Centre for Counter Extremism (WACCE) recently released a report, which indicated that Ghana had managed to stay safe from terrorist attacks on home soil that has been so close to the country.

According to the report, more than 13 Ghanaians are believed to have travelled to fight with terrorist groups since 2015, and some 23 others have been dissuaded from leaving to join extremist groups.

“Ghana’s first recorded case was Nazir Alema Nortey, a young university graduate, who shockingly left the country in August 2015 to join ISIS before sending a message back to his parents to announce his new found cause.

“He was killed in Syria by April 2016. Professor Kofi Awoonor, a renowned Ghanaian poet and academic, was killed in the West Gate Mall attack in Nairobi, Kenya when Al Shabab fighters besieged the mall in 2013,” the report recollected.

“Even though the fatality numbers are presently down from the peak of over 7,200 in the region in 2014, the threat has increased in complexity and geographical spread. Today, 53% of all ECOWAS now have been encircled by the threat. These developments are dangerous for Ghana.

“Ghana’s proximity to these countries (Burkina Faso to the North, Benin and Togo to the East and Ivory Coast to the West) exposes the country to extremist recruitment or attacks or both,” the WACCE intimated.

It pointed out that the “unending Bawku chieftaincy conflict, the ethnic tensions in Northern Ghana and the unresolved challenge of Western Togoland separatists in the Eastern border regions amplify the risks.”