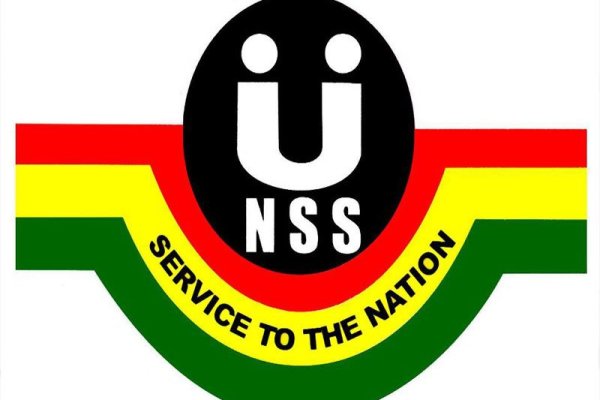 Accra, May 17, GNA- National Service Personnel have been paid their March allowance on Monday, May 16 2022, Madam Gifty Oware, the Deputy Executive Director, National Service Scheme, said on Tuesday.
Speaking in an interview with the Ghana News Agency in Accra, she said: “They have been paid. Just yesterday we paid the month of March awaiting to pay the April and other outstanding ones due to some personnel.”
Madam Oware, who is the Deputy Executive Director in charge of Finance and Administration of the Scheme, attributed the delay in payment to the National Service Personnel (NSP) to the late submission of their monthly evaluation forms.
According to her, the form was supposed to be filled and submitted to the respective district offices every month precisely on the 16th.
“But the challenge we get is that, for instance, if it is time for you to pay and a lot of them have not done it, you have to it put a hold on and make sure everybody is bringing it on board…so that we can at least do about 85 to 90 per cent before we pay and that has been the challenge for us as a scheme. We cannot alert every national service personnel but then they must do it as we cannot be sending piece mails, authorising an amount to be paid and stop these people. So it gets to a point where we know we have done about 80 per cent and then we decide to wait for the rest to be cleared,” she said.
Meanwhile, some NSPs the GNA spoke to have denied receiving their March allowance as of Tuesday 17 May 2022.
“I don’t have my March allowance, so I tried finding out from my friends. None have tried loading their e-zwitch cards,” the service personnel said.
“The bank is a bit far from the office… I couldn’t check yesterday,” another service personnel told the GNA.
Madam Oware, therefore, noted that the possibility of NSP not having their allowances in their accounts meant “they didn’t submit their monthly duty forms., whoever has not paid is the one that didn’t submit. We have paid everybody in our system.”
She cautioned NSPs who faked signatures on their forms to desist from the act as the Scheme’s system had a way of detecting such culprits.
She noted that due diligence was going to be enforced to ensure the continuous payment of allowance every month going forward.
Touching on allowance increment raised by the NSPs, the Deputy Executive Director in charge of Finance and Administration, NSS, said it was their hope that Parliament would give the needed approval the personnel and the Scheme sought.
In a related development, Mr Alasca Awal, the National Service Personnel Association President, Accra Metropolis, has confirmed to the GNA that March outstanding allowance due NSP was paid on Monday, 16 May 2022.
He said: “It was just yesterday, 16th of May 2022, that March allowance which was due 15th of April was paid.”
Mr Awal however, expressed worry at the persistent delays in the payment of allowances due to service personnel which had been consistent since December, unlike their predecessors.
“Unlike in previous service years where allowances due to personnel were duly paid on time, this service year had taken a new turn.
“Payment is supposed to be made on the 15th of every month as per the service calendar. For example, the April allowance is supposed to be paid in May latest by the 15th. But Personnel still has an outstanding allowance for April which is yet to be paid,” he said.
NSPs are saying their allowances had not been paid since February 2022, creating untold hardships for them.
Some affected persons, who spoke to GNA, explained that they were currently facing serious financial challenges because of the delay in payment of their allowances.
“From where I stay to where I was posted, the distance is far, and I pick three vehicles before I get to work. We are now in May, and I have not received any money from them,” one of the personnel lamented.
Another person said, “I have not received any allowance. With all the increments in lorry fares, I pick a car from the house to 37 and walk from there to my workplace. This is because if I take another car from 37 to Accra Central, it means I will not get money to pick up a car back home. Getting money for basic things as a lady too is now a problem,” she said.
Mr Samuel Okudzeto Ablakwa, Member of Parliament, North Tongu, has in a Facebook post asked the Government to release funds for the payment of National Service allowance arrears for March and April.
He said the delay in the payment of the allowance “is most unfair and insensitive,” given the current harsh economic conditions.
“How does the Government expect the vulnerable personnel, most of whom have been posted far away from home, to survive under the current cost of living crisis?” He asked.
According to him, ‘this personnel signed for National Service, not National Suffering;” hence, the Government must strive to swiftly clear all arrears “immediately.”
“As I appealed the last time, I had to donate my salaries to personnel in my beloved constituency, government should first pay personnel at the end of the month before paying public sector workers as has always been the tradition for decades,” he said.