Government mourns with the people of Koforidua 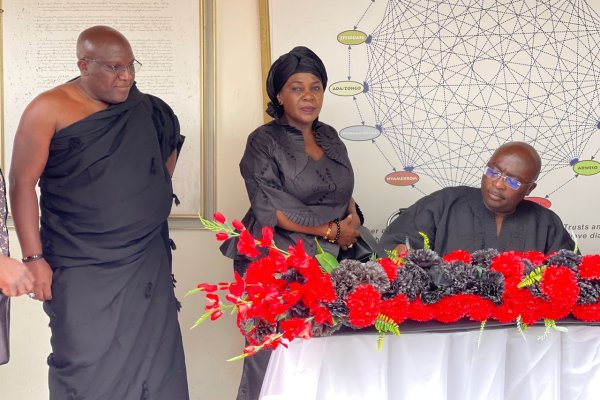 Koforidua, May 14, GNA – President Akufo-Addo and and Vice President Dr Mahamadu Bawumia on Saturday joined thousands of mourners to pay their last respects to Daasebre Oti Boateng Paramount Chief of New Juaben and the Queen Nana Yaa Daani.
Former President Kufuor, past and present ministers of state and government officials also paid their last respects.
The President and the vice also signed the book of condolence opened at the Yiadom Hwediem palace in memory of the late Paramount Chief and queen as the week of traditional rites and burial of two begins today.
Daasebre Oti Boateng 83 reigned from 1992 until August 2021 when he joined the ancestors while the queen Nana Yaa Daani 67 reigned from 2000 until her demise early this year.
Mourners from all walks of life clad in red and black thronged the Yiadom Hwediem palace and funeral grounds to mourn the late chief and queen according to tradition.
Daasebre Oti Boateng, a former government statistician and UN official and her queen would be laid in state from Friday until Monday when they would be laid to rest.
Meanwhile the entire Koforidua is in a mournful mood as shops have been closed as part of arrangements to give the late Paramount Chief and queen a befitting burial.
In view of the huge crowd expected on Koforidua on Monday and the observance of Asante funeral traditions, the Regional directorate of education has ordered closure of all schools on Monday
Otumfuo Osei Tutu, the Asantehene is scheduled to sit in state on Monday, as the final funeral rites are performed prior to their internment. 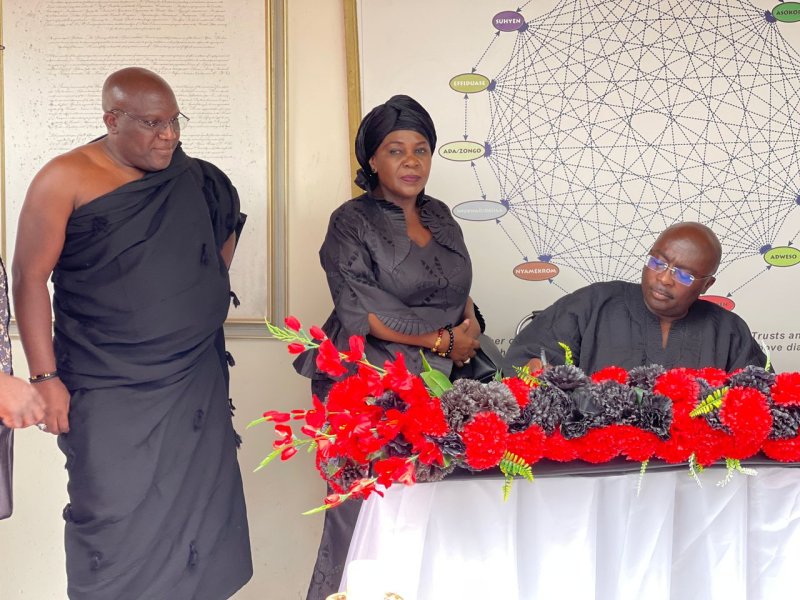