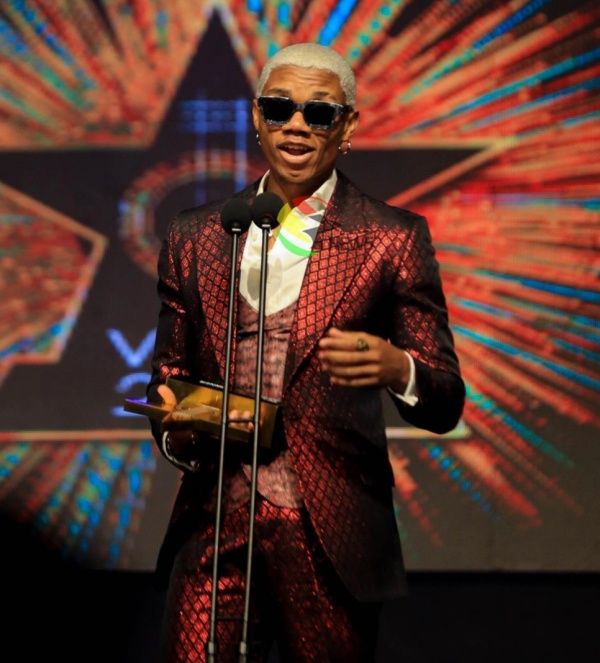 Maybe, just maybe, in the history of the Vodafone Ghana Awards(VGMA)  no winner of Artiste of the Year has been more estatic than KiDi.

Last year, with a 3Music Awards’ ultimate prize under his belt, many believed it was a done deal and heavily tipped KiDi to win VGMA top most gong also but that didn’t happen. His dreams of wearing two heavy weight belts were dashed when Gospel artiste Diana Hamilton beat him to it.

But KiDi didn’t give up, he dreamt again and this year, the Touch It hitmaker’s desire finally happened at Ghana’s ‘music’s biggest night’.

He emerged Artiste of the Year at the just ended VGMA held on Saturday, May 7, 2022 at the Grand Arena at the Accra International Conference Centre(AICC).

Speaking with Graphic  after his win, KiDi said grabbing the VGMA Artiste of the Year is a dream come true.

“Trust me, I have been waiting for this day and finally it has happened. I have been eyeing this award for some time now and I can only say it is a dream come true.

“You see, consistency is the key and I believe this is the right time to celebrate my hard work”, he said. Asked what was going through his mind just before he was declared winner on the night, KiDi said he was a bit nervous even though he knew he had worked hard in the year under review.

“And when finally my name was called, I knew all the hard work has paid off. I felt great joy in my heart and the feeling is great” he said

The exciting night was sent to another level with performances from KiDi, Black Sherif, King Promise, Joe Mettle, Mr Drew, Sefa, Stonebwoy and Ohemaa Mercy. Joe Mettle’s act with Niela was electrifying. The two engaged the audience throughout their performance.

And it was something else when Black Sherif performed Kwaku the Traveller. He had almost the whole auditorium on its feet singing along with him. Mr Drew’s energetic performance with Hiplife artistes FBS was a delight to watch.

MCs who steered the affairs of the night-Giovani Caleb, Sika Osei and Berla Mundi did a good job. They made the VGMA’s 23rd edition  a very event.

I Was A ‘Galamsey’ Operator For 6 Years — Veteran Gospel Singer, Great Ampong