Government has begun the process to rebuild the Appiate Community, which was razed by an explosion that occurred when a truck carrying explosives for mining exploded at the community on Thursday, 20th January 2022.

Following the incident, the Vice President, Dr. Mahamudu Bawumia, led a government delegation to commiserate with the victims of the tragedy.

The Vice President promised that Government will pay in full the medical bills of all the injured, and work with the relevant agencies to reconstruct the Appiate township. 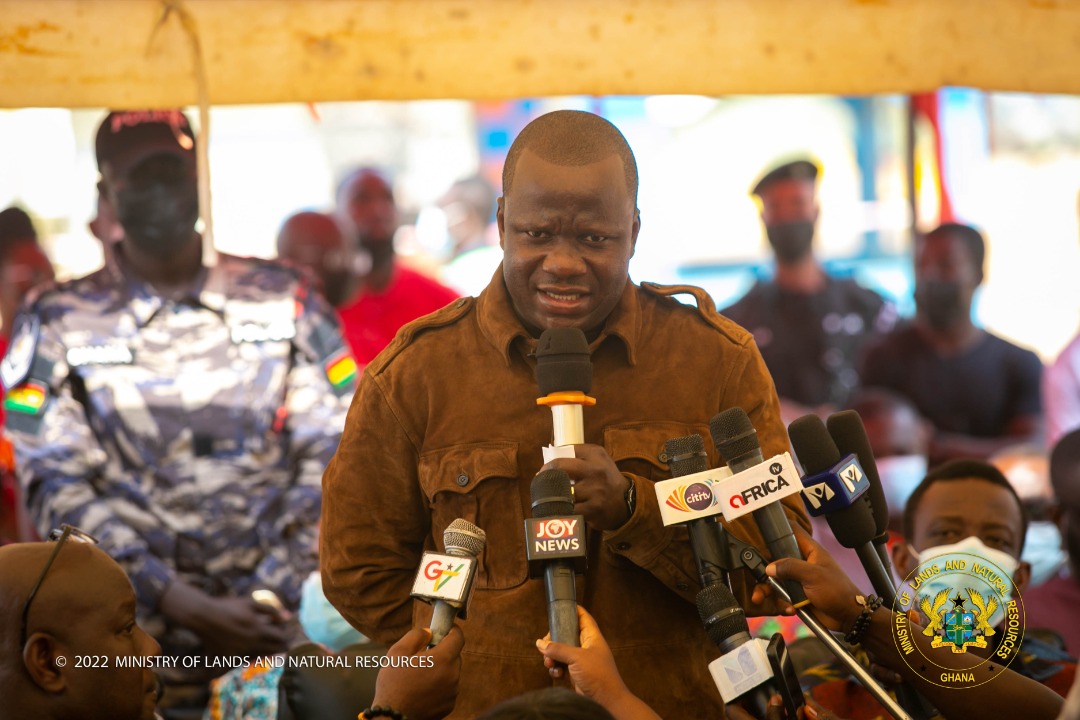 On Tuesday, January 25, 2022, the Minister for Lands and Natural Resources, Mr. Samuel A. Jinapor, MP, launched an Appiate Support Fund to raise funds to, among others, reconstruct the community.

Speaking later in Parliament, the Minister said Government was committed to rebuilding the community into a modern one to bring the necessary relief to the people of the community. 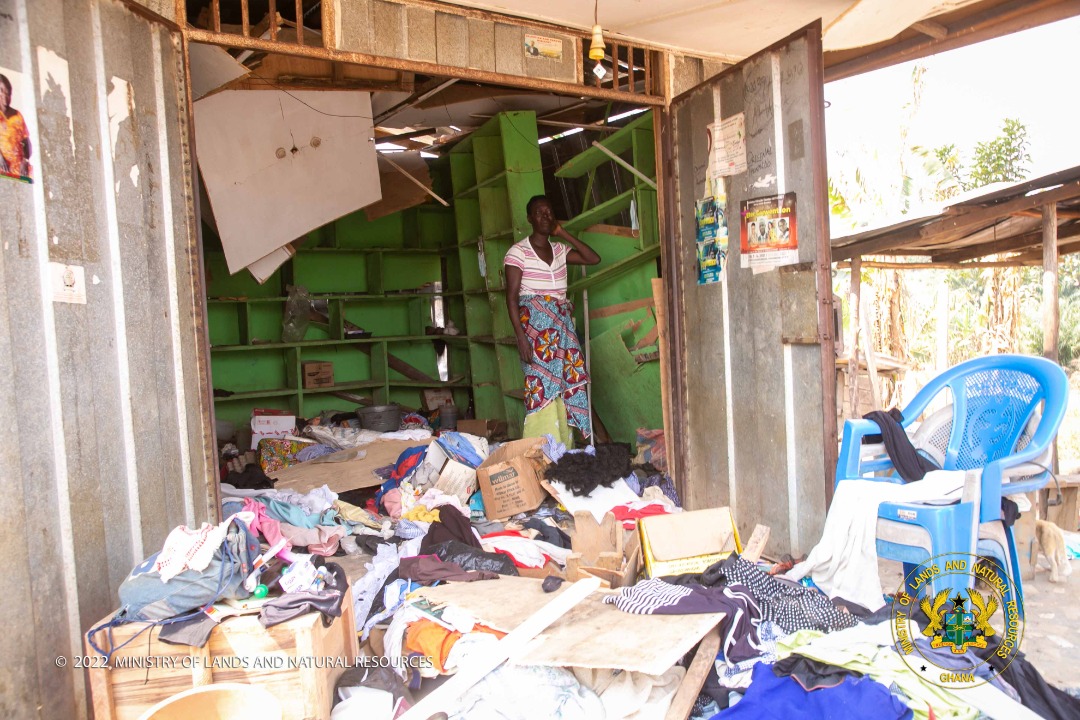 Following this, a government delegation which included the Minister and Deputy Ministers for Lands and Natural Resources, the Minister for Works and Housing, the Western Regional Minister, officials of the Minerals Commission, State Housing Company, Land Use and Spatial Planning Authority (LUSPA), Department of Rural Housing and the Ghana Chamber of Mines, visited the community on Wednesday, January 26, 2022. 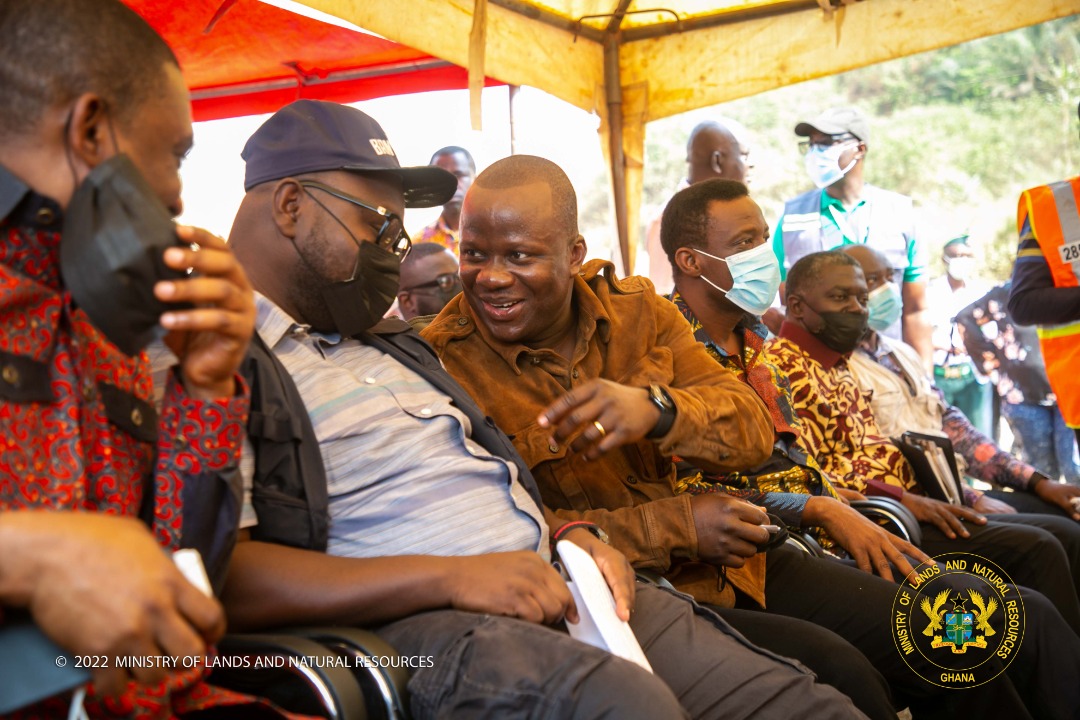 Welcoming the delegation, the Chief of the town, Nana Atta Kwadwo Bremebi, thanked the President of the Republic, Nana Addo Dankwa Akufo-Addo for all what he has done since the incident.

He said since the tragic incident, the President has shown great concern, constantly sending high-profile government officials, including the Vice President, to visit the community and to ensure that emergency relief items are available.

He called on the government to expedite action on investigations to ensure that such incidents do not happen in future.

The Minister for Lands Natural Resources, Mr. Samuel A. Jinapor, who led the delegation said, every tragic incident requires three immediate actions, first is the provision of emergency relief items, second is investigations to determine what went wrong and to punish wrongdoers, and the third is the rebuilding of whatever that is lost. 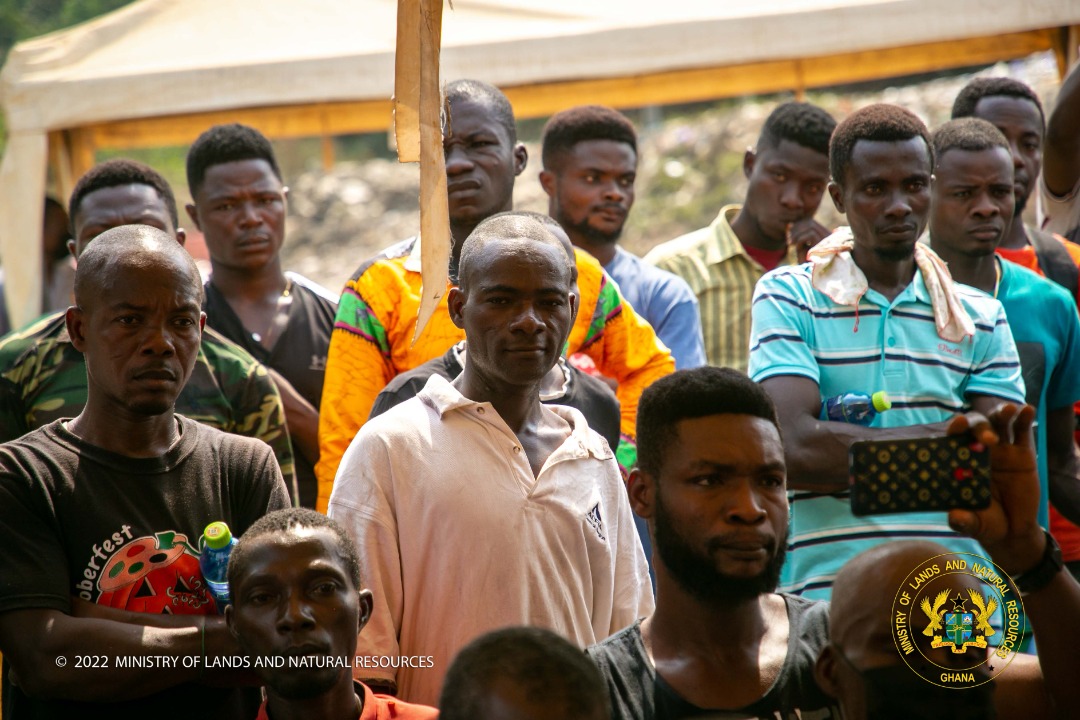 In respect of the first, he said, the President has instructed all the security services and the National Disaster Management Organisation, to mobilise all the requisite resources to provide emergency relief to the victims of the incident.

Mr. Jinapor said on the instructions of the President, the security agencies and the Minerals Commission were also conducting thorough investigations into the incident and whoever is found culpable would be made to face the law. He said the Ministry of Lands and Natural Resources has also formed a committee to undertake independent investigations into the incident and to make recommendations to avert such incidents. 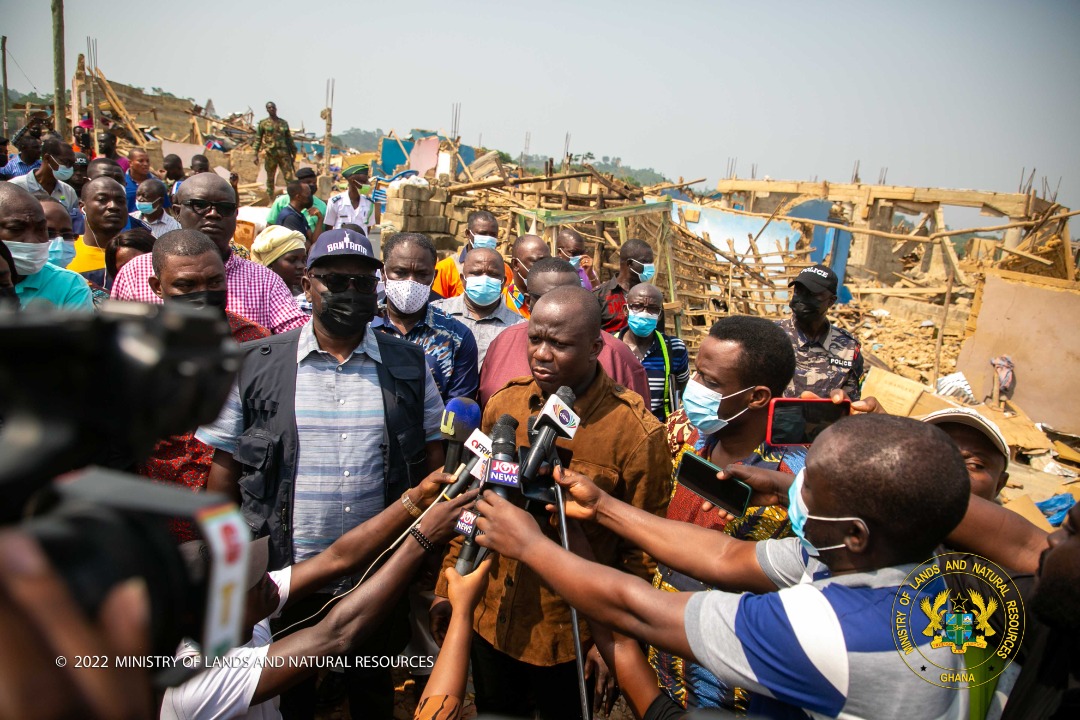 Mr. Jinapor disclosed that the purpose of the visit was in respect of Government’s third response to the incident, which is to rebuild the community.

He said President Akufo-Addo instructed him and the Minister for Works and Housing to visit the community to assess the destruction and to find ways of rebuilding the community.

He also said the purpose of establishing the Appiatse Support Fund, is to, among others, support the rebuilding of the community.

He called on the Chiefs and people to support Government and the Committee managing the fund to ensure the rebuilding of the community.

The Minister for Works and Housing, Mr. Francis Asenso-Boakye, said the reason for bringing the agencies along is for them to assess the damage and the land and to see how to rebuild the community. 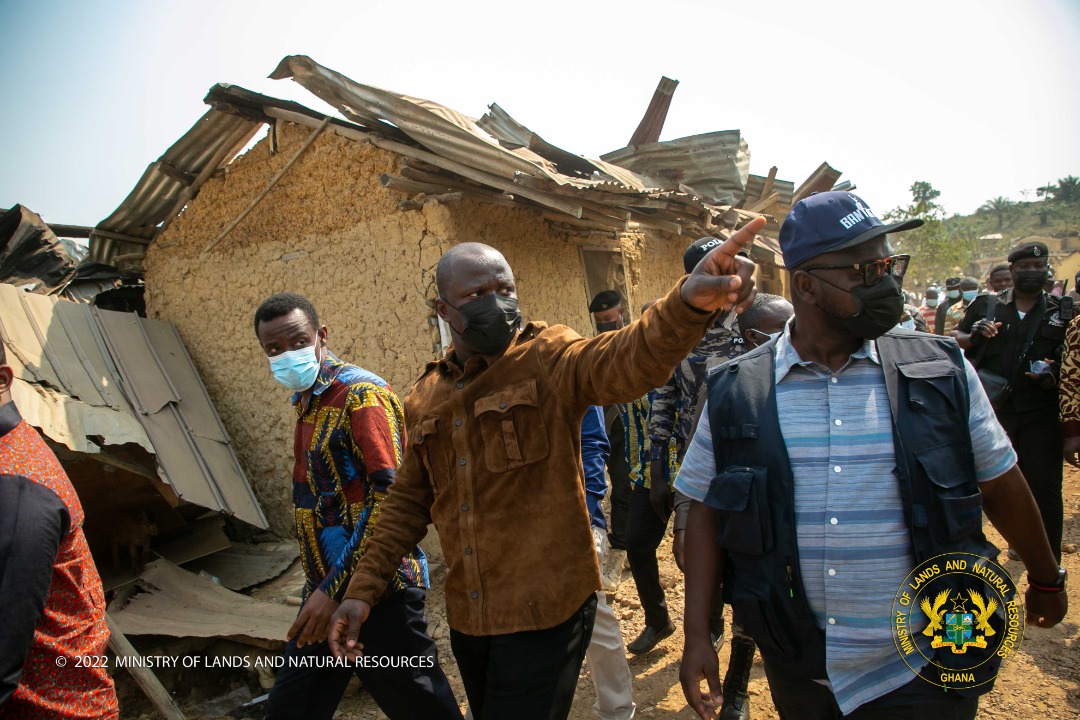 He noted that already, the State Housing Company has done a lot of work and once their reports are ready, Government will take the necessary action to facilitate the rebuilding of the community.

The delegation visited the temporary site being built to house the displaced families.

Following the visit, the Mr Jinapor said the Ministry of Lands and Natural Resources will set up a committee, made up of members from the relevant agencies, to oversee the rebuilding of the community.