The Ghana Police Service on Friday, January 14, 2022, ahead of the Black Stars match against Gabon in the ongoing 2021 African Cup of Nation (AFCON) posted an image of the national team on their Facebook page to wish them well and also cheer them on to victory.

But according to social media users, the post at first glance seemed like the team which has so far disappointed Ghanaians in the tournament had been declared wanted.

The game against Gabon ended in a draw, meaning Ghana are third in Group C with a point from two games, sitting behind Gabon and Morocco, who have already qualified.

Prince Mingle reacting to the message from the Police Administration to the Black Stars wrote: “Me when I saw the post I thought they have declared suspects by the Ghana Police Service oooo, IGP, please investigate these group for causing financial loss to the state.”

Another, Conzy GH also indicated that the post might be a silent caution to the footballers who are currently in Cameroon. He wrote: “This one Ghana police is posting them nyi, it’s a warning to them anaa.”

A third, Nana Poke also charged the boys to give their best as the Inspector General of Police, Dr George Akuffo Dampare has his eyes on them.

He wrote: “IGP is watching if you lose don’t come back here.”

The official post from the Ghana Police Service to the Black Stars read: “We wish the Ghana Black Stars well in their encounter this evening with the Les Panthères of Gabon. #GoforVictory! #AMustWin! #BlackStarsToAfrica! #The2022AfricaCupofNations.”

Check out the reactions below: 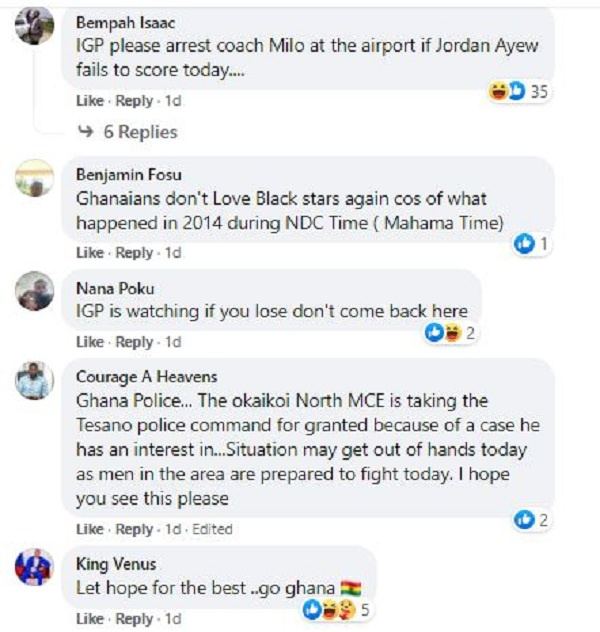 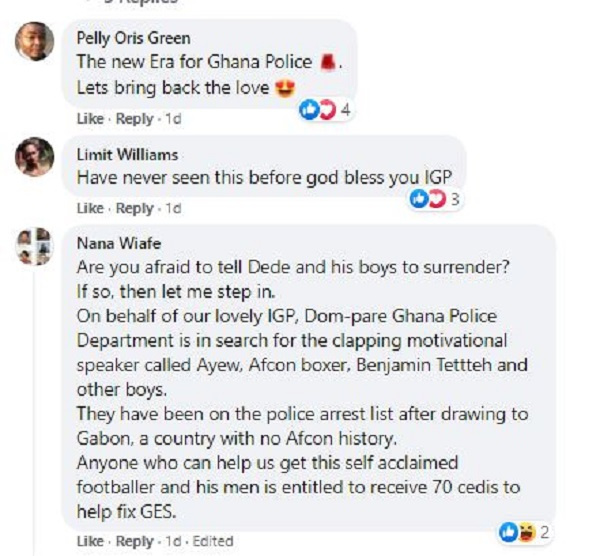 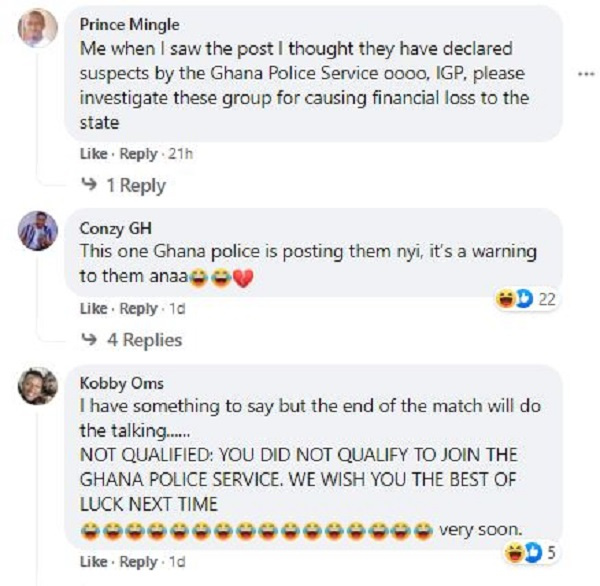 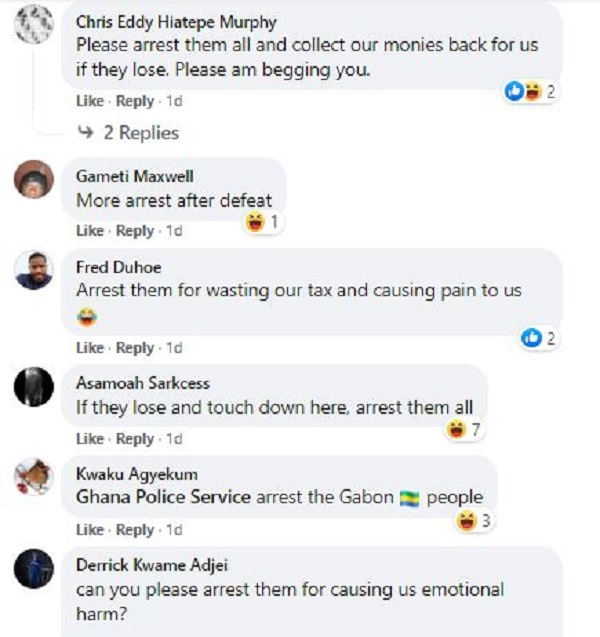