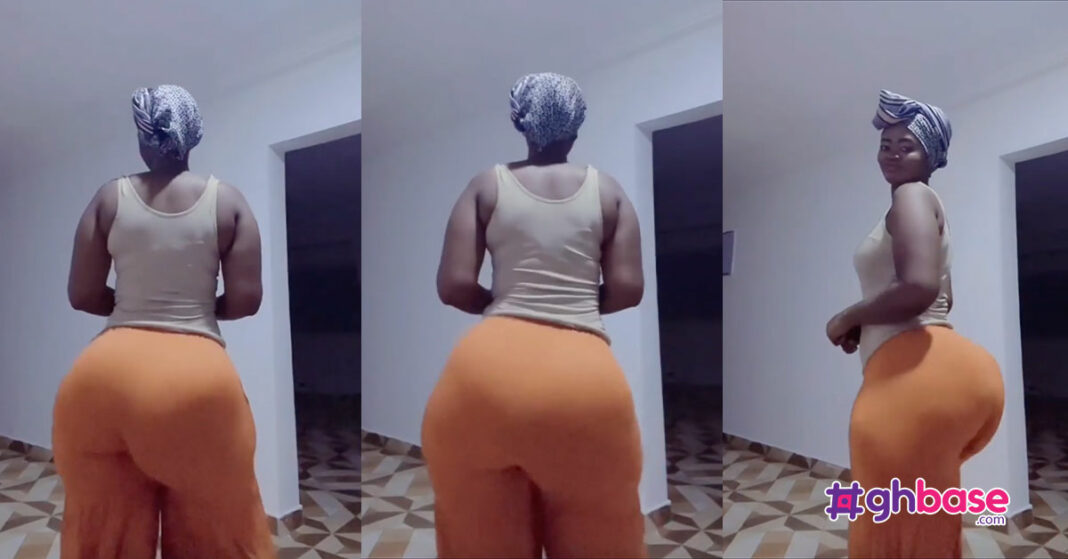 A young lady who is believed to be a No.9 has unofficially dethroned Ghanaian socialite, Hajia Bintu as the internet sensation with the biggest bortos and coca-cola shape.

Hajia Bintu since her insurgence on social media has become the standard for ladies with big bum and though there have been socialites who come close to or share the same attributes as the aforementioned name, she still holds the title.

Well, for the time being as she has unofficially been dethroned by another lady who has stormed social media with her big soft borts and perfect coca cola shape.

In the video below, the yet to be identified lady is seen shaking her big bortos to the excitement of sekx-starved men.

WATCH THE VIDEO BELOW;