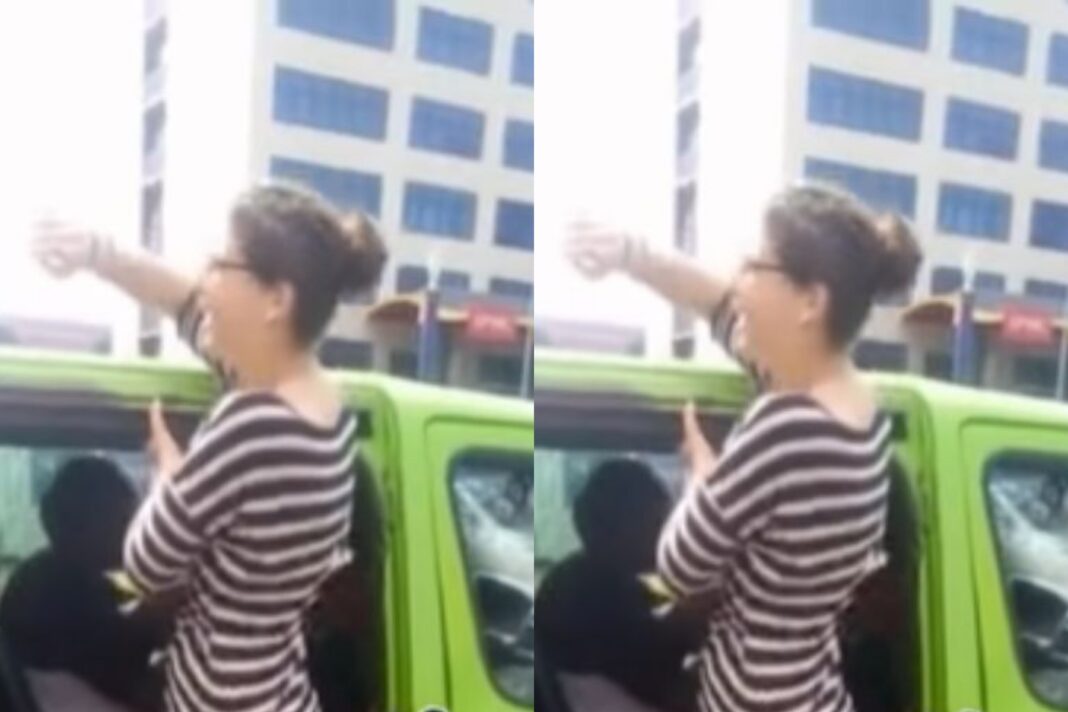 It looks like Ghanaians are not the only people suffering from the hardships in the country as even white people are getting their share of the cake.

A video that’s going viral captures a white woman working as a trotro mate (bus conductor) in the hot sun in Accra and this has sparked many reactions on the internet.

This video seems to have given a clear view to Ghanaians on how difficult it is to survive in the nation’s capital, Accra.

In the video, the white lady is seen working and shouting to the destination they’re going to as mates normally do in various stations.

Watch the video below…