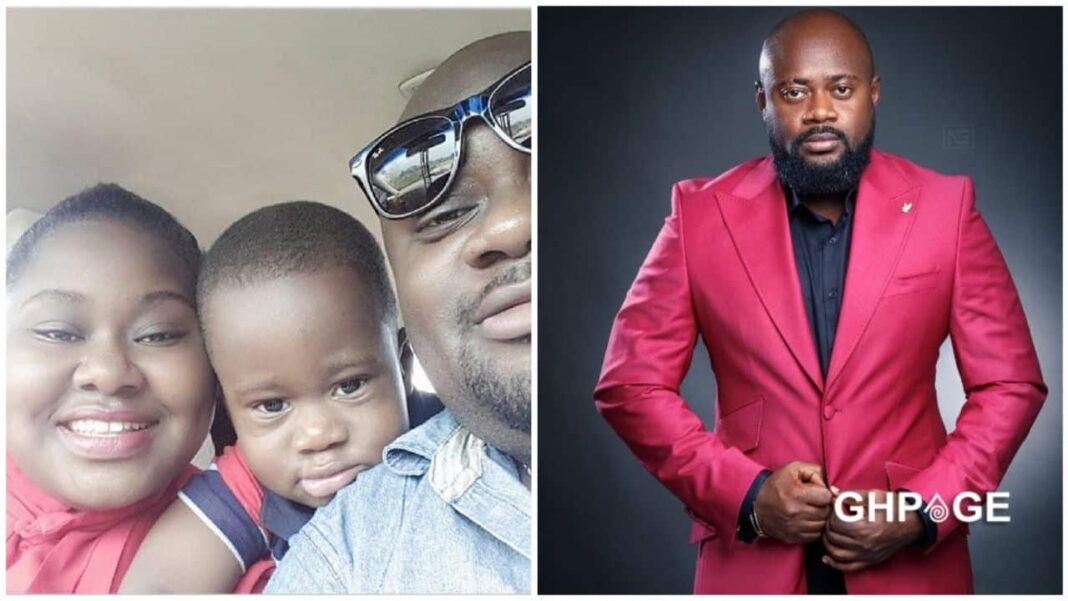 Award-winning Ghanaian media personality, Sammy Forson, has been exposed big time by his baby mama known as Pearl – For refusing to play his fatherly role in their son’s life.

Citing from an emotional screenshot that is fast circulating on the local digital space, the Ghanaian-Zambian media personality’s baby mama requested for their son’s school fees and money for his books but Sammy laughed over it like a trivial matter.

According to famed IG blogger @Tutugyagu_gh whom Sammy’s baby mama allegedly had a private convo with – The on-air media personality hasn’t paid his son’s school fees for the past 11 years now.

@Tutugyagu_gh went on to assert in a lengthy write-up spotted on her IG page that, Sammy Forson hasn’t even wished his son “A happy birthday” before over his 11 years existence on earth.

Apparently, it is believed that this is not the first time Sammy Forson has chuckled over his son’s well-being.

Anytime the issue of his son’s school fees and comfort pops during a conversation with his baby mama he laughs over it and acts nonchalant.

Seemingly, it is a schemed behavior he has intentionally employed to forgo the payment of his son’s school fees and also take care of him as any responsible father should do.

Below is a screenshot from Sammy Forson and Pearl’s Whatsapp chat about his son’s school fees.

This screenshot is also from @Tutugyagu_gh’s IG page and it shows how he rained fire on the media personality for neglecting his fatherly duties.