NPP delegates salivating like dogs ahead of flagbearer elections 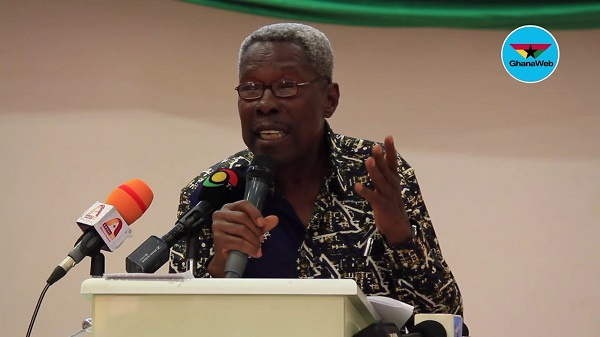 Money is of crucial importance in the NPP flagbearer election

Bawumia has proven himself to be a liar, Tony Aidoo

Ghana’s former Ambassador to the Netherlands, Dr Tony Aidoo, has said one of the challenges the aspiring New Patriotic Party flagbearer hopefuls may face ahead of the election is the issue of money.

According to him, the delegates are currently drooling like dogs as they know their harvest is coming soon, because elections in the NPP is all about money.

He explained that if an MP could spend an amount of GH¢5,000 per delegate in the Parliamentary primaries, then the flagbearer will definitely spend more.

“…the hurdle that each of them has to overcome is one, money because we know within the NPP, elections are money. By now the delegates are salivating like dogs at the sight of juicy piece tea bone stick because they know their harvest is coming.

“If for instance in parliamentary primaries, a candidate is compelled to spend about GH¢5,000 per candidate for over a hundred people, then you can imagine what will happen when you have a larger delegation to choose a flagbearer. So money is of crucial importance,” he said during an interview.

He however indicated that the hurdle of Vice President, Dr Mahamudu Bawumia will be that of his credibility has he have proven to be a liar.

“…for Bawumia in particular, his hurdle is the crisis of credibility. Who wants to vote for a person who has proven himself to be a liar? A flip-flopper, a man who is not disciplined, a man who calls his political opponent all kinds of derogatory names.

“The word ‘incompetence’ restack with president Mahama coined by Bawumia and over the period he had to make sure that on every platform he makes innuendoes towards the competence and the incompetence of former president John Mahama. And he does it with the most annoying guffaw…it’s amazing. But this is a man who has managed Akufo-Addo’s management team since 2017 and is full of ideational contradiction,” he added.